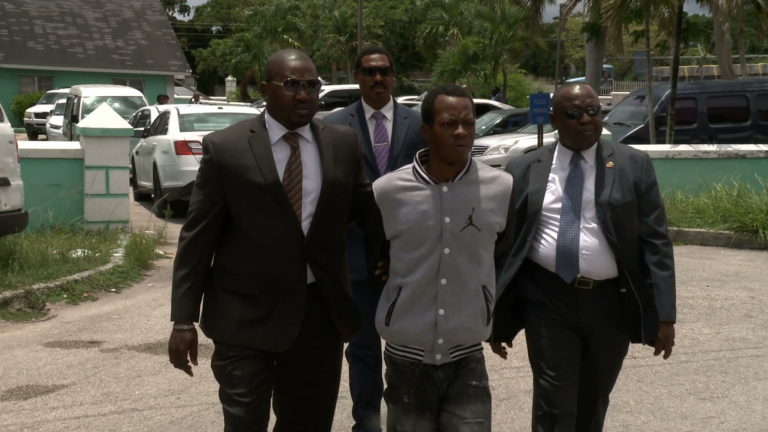 Nero Nicholls, 18, was arraigned in Magistrate's Court yesterday for the June 6 murder of Saintonas Jonas at the intersection of Bacardi and Carmichael Roads.

Three men are today behind bars after they faced separate murder charges in the Magistrates Court on Monday.

According to police reports, shortly after midnight on May 23, police responded to calls of a shooting incident on Bahama Avenue and Market Street.

Officers arrived at the scene and discovered a man with gunshot wounds. Paramedics were called to the scene and transported the victim to hospital, where he later succumbed to his injuries.

Knowles was not asked to plead to the charge and was remanded to the Bahamas Department of Corrections (BDOC) until September 5 at 2:00 p.m., when he is set to stand trial.

Nero Nicholls, 18, also stood before the chief magistrate yesterday on allegations that he murdered a man earlier this month.

It is alleged that Nicholls caused the death of Saintonas Jonas on June 6.

Police said it was shortly after 9:00 p.m. when officers responded to a scene on Bacardi Road, after receiving information that a male was shot. Officers arrived at the scene and discovered an unconscious male with gunshot injuries to his head.

Paramedics were called to the scene, attempted to revive the male, but were unsuccessful. He was pronounced dead at the scene.

Nicholls was remanded to Sandilands Rehabilitation Center until September 6 at noon, when he is set to stand trial.

Meantime, a 17-year-old male was also arraigned in juvenile court Monday on allegations that he murdered a man who was found unresponsive in a vehicle at Montgomery Avenue off Carmichael Road, with gunshot injuries to the upper body.

Paramedics were called to the scene and attempted to revive the man, however, those attempts were said to be unsuccessful. He was pronounced dead at the scene.

Man charged with accessory to murder

Meantime, Johnny St. Luc, 32, appeared before Magistrate Joyann Ferguson-Pratt accused of accessory to murder after the fact and possession of an unlicensed 9-millimetre firearm and two live rounds of ammunition. St. Luc was charged in connection with the death of seven-year-old Camron Cooper.

St. Luc was not required to enter a plea and was remanded to BDOC until September 20 at noon, when he is set to stand trial.