The Governor General’s office released its very first list of recipients of the National Honours Awards on Independence Day.

The list is broken into several categories and sub-categories including:

The full list of this year’s honourees is printed below. 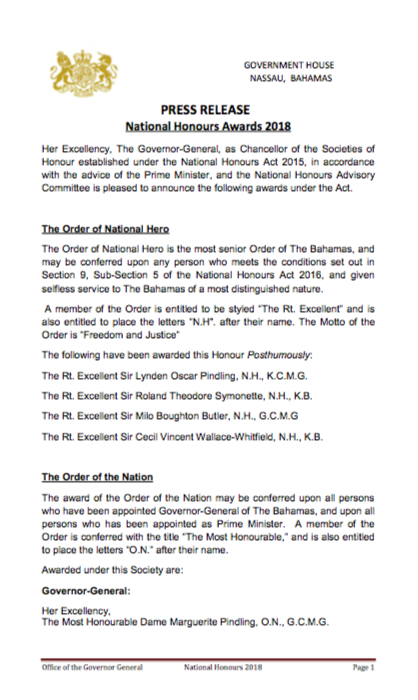 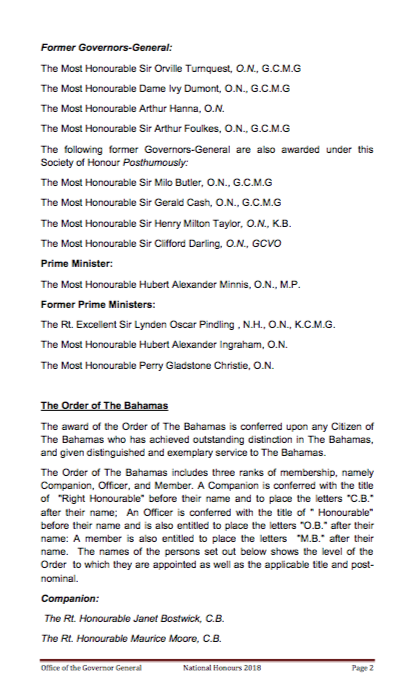 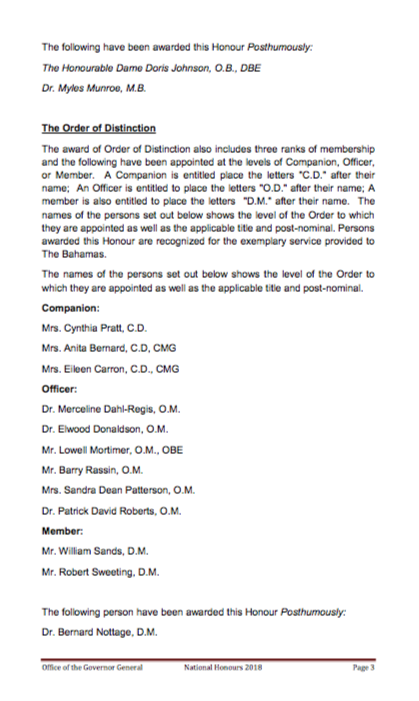 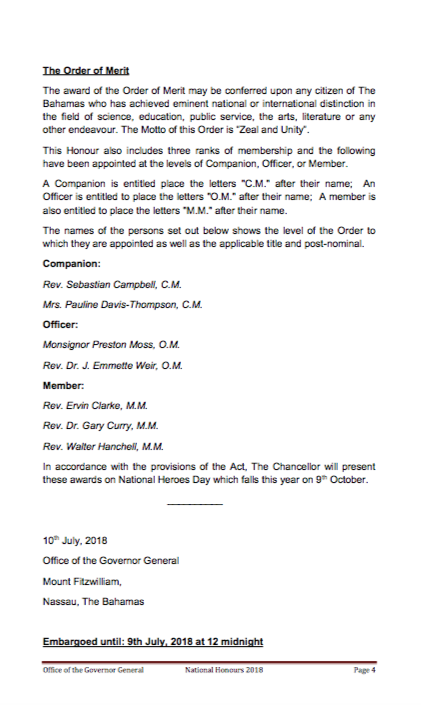