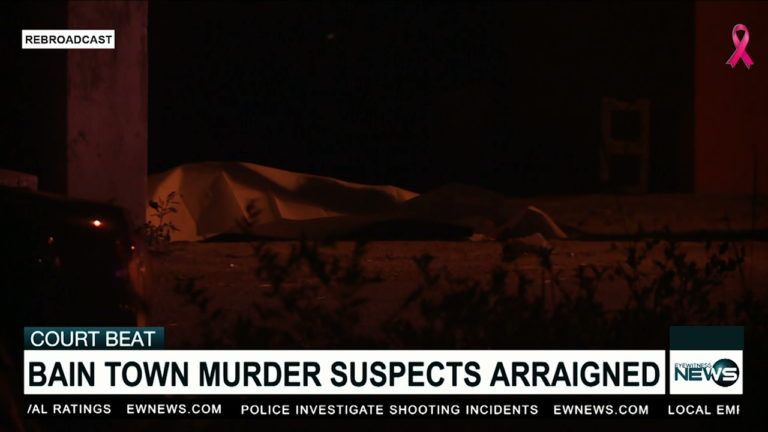 The men accused of the back-to-back deadly shooting incidents in the Bain and Grants Town community had their day in court on Monday.

It is alleged that on October 21, Ivans Dodo, 19, Meadow Street, was responsible for the shooting death of Jamal McSweeny.

He is also accused of the attempted murder of Kevin Sanchez on that same date.

According to police, McSweeny and Sanchez were on a parked motorcycle through Dorsett Alley off West Street when they were approached by a lone gunman.

The gunman opened fire on the duo, authorities confirmed.

McSweeny was fatally shot and subsequently succumbed to his injuries on the scene.

Sanchez, who was also shot, managed to escape the incident with non-life-threatening injuries.

Two days after that shooting incident, Kevin Whyms, 28, of Parker Street, is said to have fatally shot Kelson Kelly.

Whyms is also accused of the attempted murder of Jeremy Util on that same day.

According to police reports, the men had just finished a street basketball game with a group of men on Parker Street when they were approached by a lone gunman.

The gunman opened fire on the group of men, police said.

Kelly was fatally wounded and pronounced dead by Emergency Medical Services (EMS) on the scene.

Util was hit during the shooting incident and was transported to hospital for medical attention.

Both Dodo and Whyms appeared before Chief Magistrate Joyann Ferguson-Pratt on Monday afternoon.

The men were not required to enter a plea to their charges of murder and attempted murder.

The duo has been remanded to the Bahamas Department of Corrections (BDC) until December 19, at which time a Voluntary Bill of Indictment (VBI) will be served.