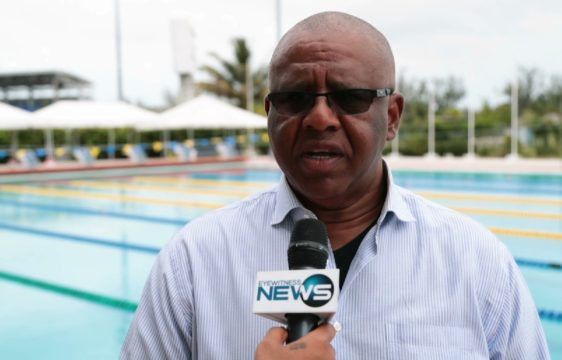 The project is set to be completed in March 2022, according to Aviation Director Algernon Cargill, who addressed the Long Island Business Outlook yesterday.

Cargill said the airport will be a “showstopper” and allow the island to receive direct flights from North America, a key development for its tourism growth.

He noted that one of the major improvements at the airport is the expansion of its runway from the current 4,000 feet to 6,500 feet.

Cargill said: “Over 400 acres will be required for Long Island International Airport. The government will move to acquire the land in short order… The current runway is 4,000 feet and our goal is to expand the runway to 6,500 feet and increase the width to 100 feet.”

The cost of the airside works, like the runway and aprons, is pegged at $10.1 million and will go out to tender by the end of December.

The landside construction, which includes the terminal and other buildings, will cost $8.25 million, according to Cargill.

He said the terminal size will increase to 19,264 square feet, adding that there will also be a fire, crash and rescue building with two fire trucks, one of which will be used in specialized and approved circumstances for the community.

That part of the project will also go out to tender in December and is expected to be completed in March 2022.

Cargill noted, however, that once construction on the new airport commences, the existing airport will have to be closed and air traffic directed to Stella Marris airport.

He said: “It’s an adjustment but we can’t have our cake and eat it too. We have to make the sacrifice in the short-term because it’s not safe to rebuild the airport while at the same time attempting to keep the existing airport open. If you keep it open, it could expand the construction period by another year.”

Long Island MP Adrian Gibson noted that for many, many years, the island has desperately needed an international airport that could cater to large local aircraft and direct flights from North America, South America and Europe — much like San Salvador, Eleuthera, Exuma, Abaco, etc.

Gibson said: “The lack of airlift has held Long Island back. An international airport would greatly assist in the expansion of the tourism product. The airport is the catalyst for Long Island’s growth.

“This new international hub would represent the turnaround that the economy of Long Island desperately needs. The international airport would also lend to the further diversifying [of] Long Island’s economy and support growth in agriculture, fisheries, entrepreneurship and manufacturing.”