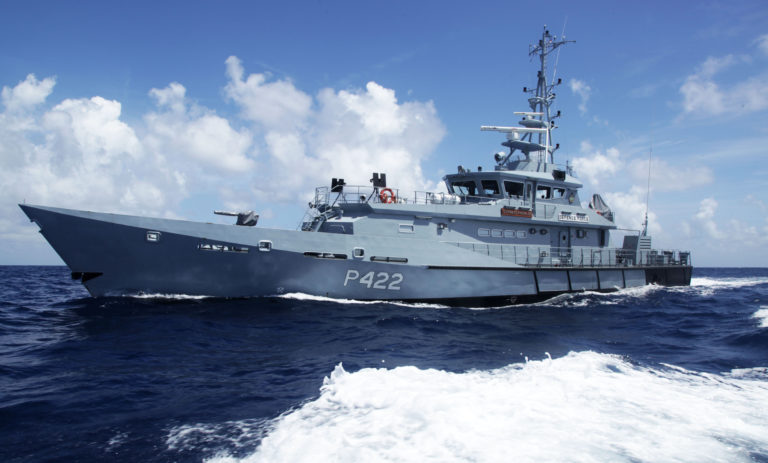 NASSAU, BAHAMAS — A search continues for five Cuban nationals after 19 were picked up on Friday, March 5, 2021, in the Southern Bahamas during a joint effort by members of the Royal Bahamas Defence Force (RBDF), Operation Turks and Caicos (OPBAT) and the United States Coast Guard (USCG).

According to the RBDF, on Wednesday, March 3, six individuals were captured after being sighted on Anguilla Cay, and taken aboard a US Coast Guard cutter.

While in the area, the USCG vessel also sighted 18 Cuban nationals on Cay Sal and HMBS DURWARD KNOWLES, under the command of Senior Lieutenant Jataro McDonald, was dispatched to investigate.

The six Cuban nationals were transferred from the USCG vessel to the RBDF patrol craft shortly after 2pm on Thursday, and an extensive search of the surrounding cays, waters and inlet was launched to find the remaining 18 individuals

The Public Hospitals Authority (PHA), in a separate statement, noted Princess Margaret Hospital (PMH) had received three of the Cuban migrants rescued from the capsized vessel — the deceased man, who was transported to the morgue, and another two women who were transported to the Emergency Department for treatment of chemical burns.

That statement noted “initial triage, resuscitation and stabilization of the migrants was carried out by RBDF Medical Department, Department of Public Health staff and NEMS at the HMBS Coral Harbour”.

Both the RBDF and USCG are still searching for the remaining Cuban nationals who were not apprehended and who are presumed missing.