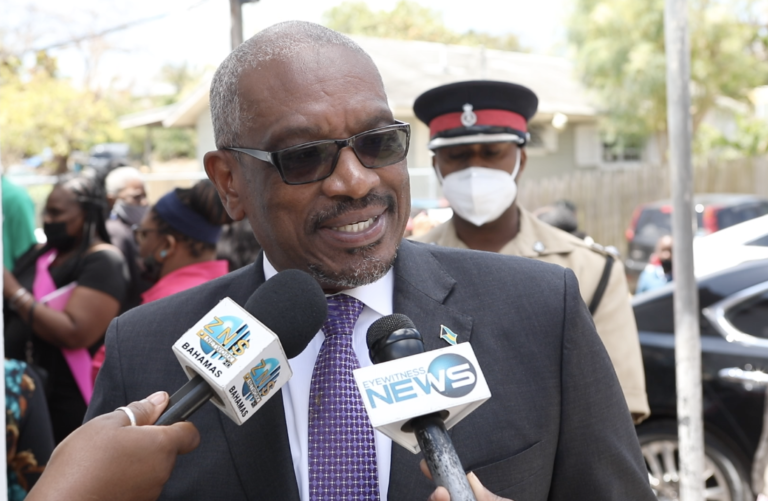 More than a year after Hurricane Dorian, GB’s Rand renovated and recommissioned

Rand Memorial Hospital was recommissioned yesterday, after nearly two years of closure due to significant damage experienced during Hurricane Dorian.

The prime minister and Minister of Health Renward Wells, along with Grand Bahama MPs, traveled to the island for the official ceremony and a tour of the first phase of the recently renovated facility.

As he addressed the opening, Minnis advised that Cabinet has granted the Public Hospitals Authority (PHA) approval to engage an architectural firm to develop plans for a new climate-resilient hospital and clinic facility for Grand Bahama and the northern Bahamas, with the requisite funding.

“This will shortly result in the award of a contract for the construction of a four-level tower that will allow for the inpatient services to be removed from the ground floor level to the second, third and fourth-story levels,” he said.

“In the event of another major disaster, healthcare services will not have to be displaced, as was the case following Hurricane Dorian.

“For this purpose, the Ministry of Finance is to disburse the allocated $18 million from the Hurricane Dorian Fund.”

The prime minister further advised that the PHA secured a consulting services agreement proposal with the BECK Group — a government-approved healthcare planning, architectural and engineering firm — in August 2020.

He said work associated with the master planning, programming and design for the redevelopment project is scheduled to commence in early May 2021.

When Hurricane Dorian barreled its way through Grand Bahama and Abaco in early September 2019, the monstrous Category 5 storm destroyed or severely damaged critical elements of public health infrastructure on Grand Bahama and debilitated the government’s ability to deliver healthcare services in the storm-ravaged areas.

Four of the ten public health clinics on Grand Bahama were rendered non-operational due to damage and flooding and two other clinics were destroyed.

Eighty percent of the square footage of the Rand had to be taken out of commission due to the intrusion of blackwater — water mixed with stool or sewage — and subsequent mold overgrowth.

The flooding also resulted in the catastrophic loss of medical and surgical equipment, as well as significant damage to the roof, heating, ventilation and air conditioning, warehouse and morgue.

Love is the way not politics. Luke 14 Forsake all you have, everybody, and yourself to become a Christian
Luke 12 and Matthew 6, Sell out, give all to poor people, but keep all alms in secret
Matthew 5-7, Work for J, not $, then J will give you and your family as well in case they follow too the food and clothing needed
Help the poor, sick, needy, and imprisoned to be pleasing to J Matthew 25
Mark 16 Share the Truth to all, to everyone always in love
John 17 Work together with others in love & peace
Don’t take the Mark of the Beast right hand or forehead, the only way to buy or sell (It’s not a covid mask or vaccine, but could be a quantum implantable or a quantum-tattoo) the Revelation 13, 14
USA is most likely the Babylon, to be destroyed with fire in 1 hour, the Revelation 17, 18 + He truly loves us all, and we should love Him back