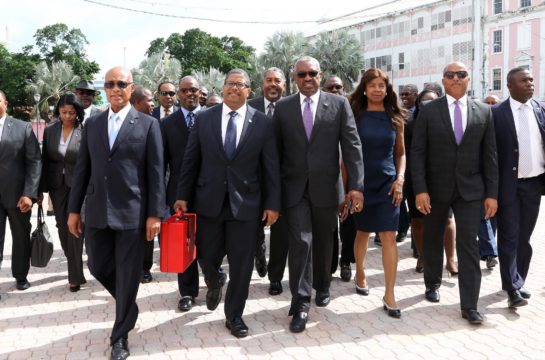 Taxpayers were dealt a significant blow early Tuesday morning as the Minnis Administration passed  amendments to the Value-Added Tax (VAT) Act 2018, for a 67 per cent increase, in a landslide vote in Parliament.

The bill, which was voted on just after midnight, was passed with 24 members of parliament (MP) voting yes.

Seven members, some of whom were from the Opposition side, as well as from the government’s side, voted against the increase. Those not in favour include government’s own Centreville Member of Parliament (MP) Reece Chipman, Pineridge MP Frederick McAlpine, Golden Isles MP Vaughn Miller and Bain and Grants Town MP Travis Robinson – voting no while seven MPs were marked absent for the vote.

One blatant absence from the reading of bills that were passed was the controversial increase in the taxes to be levied to the gaming sector.

According to Deputy Prime Minister Peter Turnquest, however, the final status on this issue will be made clear later today.

“I believe it will be done by (an) amendment to the regulation by order,” Turnquest confirmed early this morning.

“No act (will) need (to) be amended. We will confirm in the morning.”

As part of a three-year fiscal strategy to deal with fiscal pressures and meet financial targets each year, the government is set to increase fees on gaming house activities as follows:

Many have since described the increase as “discriminatory”.