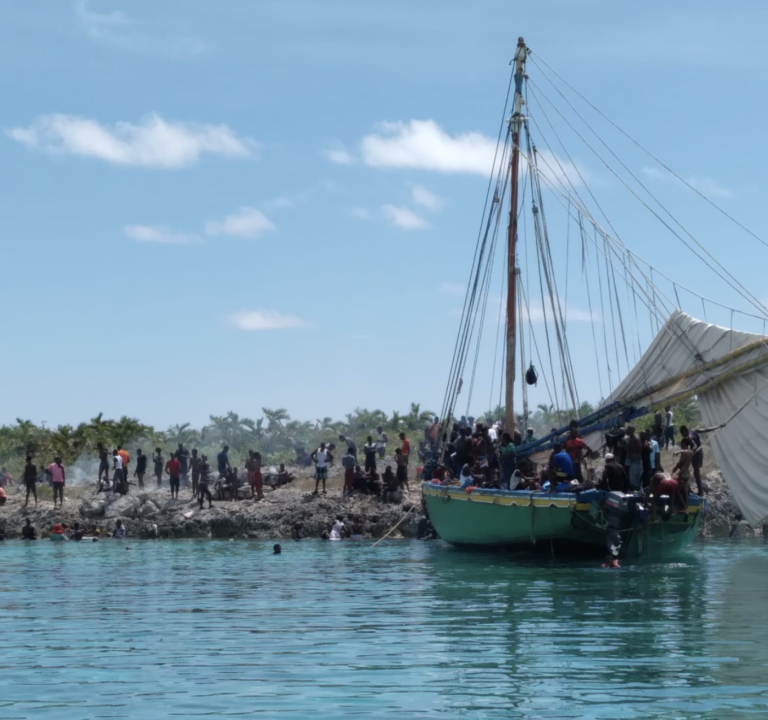 Haitian migrants on Inagua in September 2021.

The group consisted of 87 men, 20 women and one minor.

This comes a few months after over 900 undocumented migrants were apprehended in the southern Bahamas in September. At the time, over 500 had been held on Inagua, leading to multiple concerns from residents as well as officials.

A search of our database revealed that no applications were submitted in respect of any of the migrants in custody.

According to the Department of Immigration, Ministry of Health officials on Matthew Town examined all of the migrants in this latest group and determined that they were in good health.

As such, the group was subsequently turned over to immigration officials for processing and investigation.

In a statement, the department noted: “A search of our database revealed that no applications were submitted in respect of any of the migrants in custody; hence, they were all found to have landed illegally in The Bahamas, an offence punishable under Immigration Act Chapter 191.”

The department said the group will depart Inagua for New Providence today — Saturday, December 11 — via Bahamasair, and is expected to appear before the Magistrate’s Court early next week.

Until departure, the group will be held on Inagua and monitored at “a secured location on the island under the protection of the department’s Enforcement Unit and Royal Bahamas Defence Force marines”.

“The public is reminded that the department is committed to executing the mandates of our agency by effectively coordinating efforts with other law enforcement agencies and international stakeholders to ensure compliance with the statute laws of our country,” the Immigration Department noted.

It advised the public to visit its website at www.immigration.gov.bs or call its hotline anonymously at 242-502-0574 for more information or to submit a report.