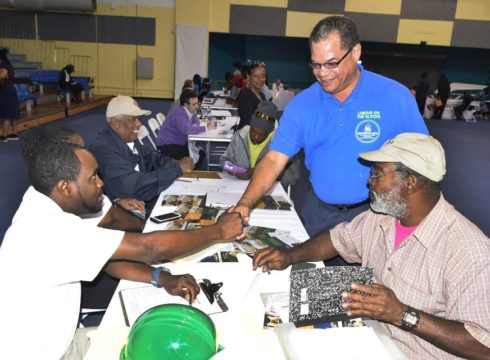 Over 1,000 Bahamians have joined the labor force thanks to the ‘Labour on The Blocks’ initiative launched by the government at the beginning of the year, according to the labour chief.

The initiative is touted as a proactive programme which takes the services of the labour department throughout various communities.

Labour Minister Dion Foulkes told Eyewitness News Online Tuesday, that his ministry is extremely pleased with the strides it has made toward putting a dent in the plague of unemployment in The Bahamas.

“We are now up to 1,054 new jobs provided for Bahamians as a result of our four ‘Labour on The Blocks’ events. We have witnessed the hiring of 100 persons on Grand Bahama and 950 in New Providence,” Minister Foulkes revealed.

‘Labour on The Blocks’ launched January 8. The first two initiatives were hosted on New Providence, January 13 and 28 respectively.

The programme travelled to Grand Bahama February 17 and returned to the capital February 24.

The Department of Labour said, it is currently preparing for its fifth ‘Labour on The Blocks’ slated for March 24.

Members of the corporate community are invited to participate and, in some instances, provide employment on the spot.

Interested persons who plan on attending the upcoming event, are advised to bring a valid passport, voters card or driver’s license, a national insurance card and an updated resume.