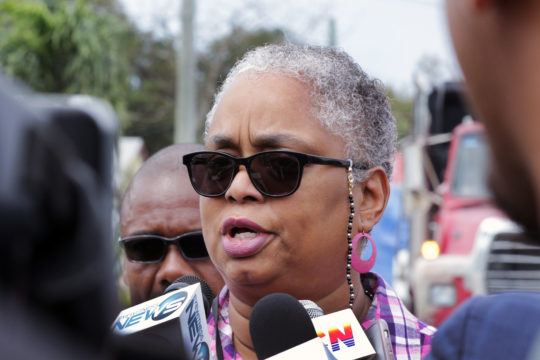 As the government prepares to present its 2018-2019 fiscal budget on Wednesday, Director of the Ministry of Works Melanie Roach revealed that $10 million is being requested to repair or rebuild government buildings in storm-ravaged Ragged Island and other islands, still recovering from Hurricanes Matthew, Irma and Maria.

Roach said that inspectors from the National Recovery Unit have also filed and initial report on their evaluation of private residences in Ragged Island, and that she in is the process of reviewing what assistance can be rendered by government.

She noted that a public school, administrative building, clinic, police station, port and accommodations, will all have to be rebuilt in order to get the islands back to a state of normalcy.

Member of Parliament (MP) for Exuma, Ragged Island and the Cays Chester Cooper, has lamented that the recovery efforts for that island, which was deemed uninhabitable following hurricane Irma, has been too slow and it appeared as if the island was “forgotten”.

Last year, Prime Minister Dr. Hubert Minnis promised Ragged Islanders that the island would be rebuilt and transformed, and that the government would turn the small island into the first fully green smart island in the region.

Roach said that vision is still on the drawing board.

“We will ensure that the design incorporates all of the latest energy efficient components where applicable,” Roach said.

“We will ensure solar energy and rain water tanks are reinstated properly so, we will make sure the buildings are designed energy efficient.

“I have requested $10 million for repairs for government buildings in Ragged Island and other islands in the southern Bahamas, impacted by the past hurricanes.”