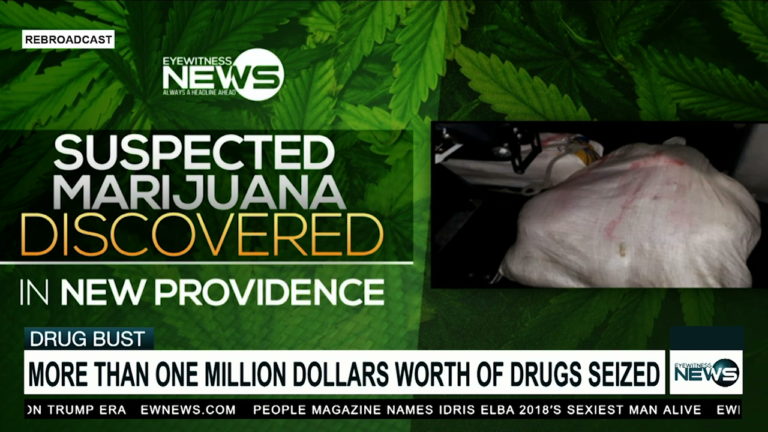 Two men are in police custody after they were found in possession of suspected marijuana in two separate incidents.

More than $1 million worth of suspected marijuana was discovered in a vessel by police shortly after 11:00 p.m. Monday night.

Police said they gave chase to a 21-foot vessel with several occupants on board. The vessel reportedly ran aground on a sandbank and the occupants, according to police, swam to land and made their escape.

Intelligence said they retrieved 60 bags of suspected marijuana on that vessel, which has an estimated street value of $1,841,000.

In the second incident, shortly after 1:00 p.m. Tuesday, officers intercepted another vessel in waters off New Providence with two men on board. Upon seeing the officers, the men reportedly threw two crocus bags into the water. Officers retrieved the suspected drugs and the two men were arrested.