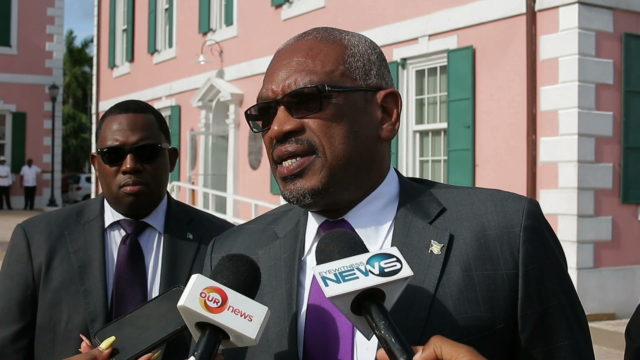 Public arts and murals program to be launched

NASSAU, BAHAMAS – Prime Minister Dr. Hubert Minnis announced that the government will seed a culture fund to the tune of $1 million to help promote the arts and cultural development in The Bahamas.

The announcement came during a televised national address.

According to the prime minister, the fund will be dedicated to supporting the development of Bahamian painters, writers, sculptures, filmmakers, artisans, playwriters, poets, musicians and performing artists involved in “projects of cultural significance”.

Artists will be able to apply for small grants to “support initiatives that will add to cultural expression of the country”.

The grant system will be managed by an independent, non-political entity.

Minnis said this will ensure no Bahamian artist has to ask a politician for a grant.

“Although the government will seed the fund, it will be open to donations from private donors,” he said.

“The fund will be a co-investor in the projects and grant recipients will be required to fulfill the terms of their grant award.

“Eligible projects will include those with a public component that benefits the community and the course needed by an individual for the execution of a cultural project.

“Such projects may include writing a book, putting on a play or an exhibition, making a film or documentary; a community and activity or setting up writing workshop, which may produce poetry, stories and other written material.

“Grant applications will be reviewed by a panel of members representing all areas of the art community.

The prime minister also announced the launch of a public arts and murals program that he expects to result in the display of public art, including in the revitalization of Downtown Nassau.

He said one of the murals will be applied to the old jail on East Street, directly opposite Mortimer Candies.

According to the prime minister, The Bahamas must preserve and celebrate its rich and diverse culture, and has a duty to pass it on to future generations.

He said the benefits of a strong arts sector and creative economy is well known.

“It has been shown to be an effective strategy to revitalizing areas struggling with poverty.

“It helps at-risk youth, facilitates a child’s success in schools and brings public spaces to life.”