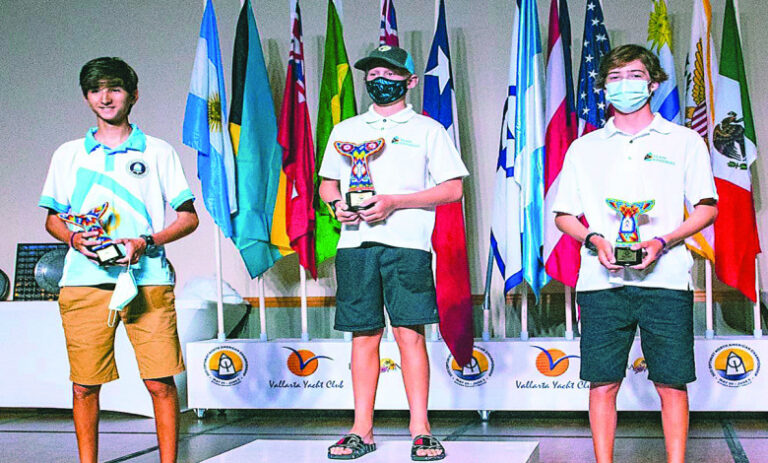 NASSAU,BAHAMAS- After more than a year off, due to the presence of the COVID-19 pandemic, and with limited practice on the waters, a total of 13 Bahamian sailors qualified for the 2021 Optimist North American Championships (OPTINAM) in Nayarit, Mexico.

The team consisted of nine boys and four girls. Joshua Weech, Matthew Reid, Craig Ferguson, Zane Munro, Kaeman Floyd, Conry Raine, Finley Lambert, Norman Cartwright and Patrick Tomlinson were the nine boys in action for The Bahamas. With limited time to train, coaches Robert Dunkley and Martin Manrique worked effortlessly to get the team mentally and physically prepared for the tough competition ahead. With five long days of sailing, the perseverance for many showed its face.

A couple of sailors, Weech and Ferguson, qualified and advanced to the gold fleet. Mary Jack Nash and Reid missed the gold fleet by only one and two points, respectively. The rest of the team sailed in the silver fleet over the last two days of racing.

The week had its share of ups and downs with sailors having great finishes and some tough endings. Through smiles, tears and dedication, it was reported that they all sailed their hearts out.

In the gold fleet, Ferguson placed 25th and Weech was 49th. In the silver fleet, The Bahamas stole the show with Floyd coming in first and Reid finishing in third. This was a highly competitive championship and for some of them, this was their first exposure to this level of top sailing.

It was reported that the team worked hard and supported each other.