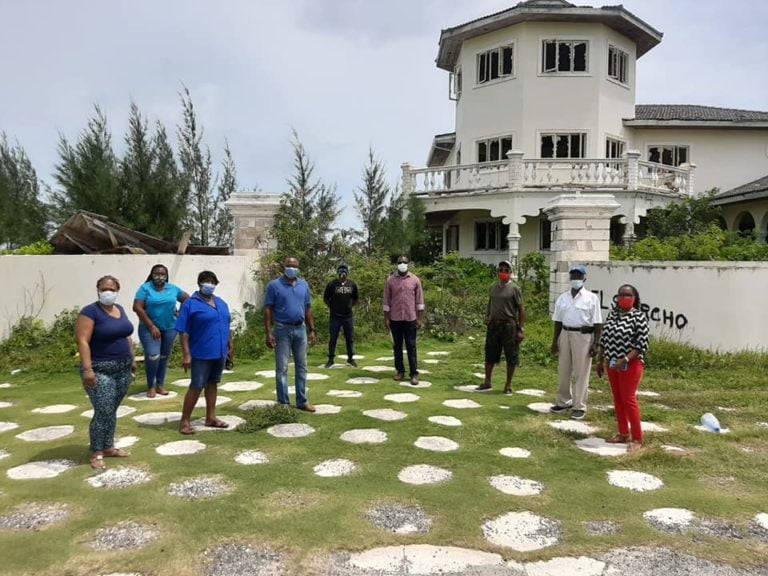 NASSAU, BAHAMAS – Yamacraw MP Elsworth Johnson and his team have launched a request for the removal of the Old Stokes Cabana structure on Yamacraw Hill Beach.

Johnson noted the derelict property has provided a harbour for criminal activity over the years in a post on his Facebook page yesterday.

“After numerous complaints resulting in objective investigations, I request your assistance in addressing the…derelict building, situated in the Yamacraw Constituency,” Johnson wrote.

“The said property represents a continuing nuisance and over the years has been at the center of a number of unlawful incidents.

“…In the circumstances, we request your ministry’s assistance in ridding our community of this vexing nuisance, which has been described as resembling a Bahamian haunted house on an otherwise sparkling piece of real estate.”

Johnson said he was advised the building may be condemned and in breach of the country’s building code and regulations.

The Bahamas Real Estate Association has also previously called on the government to address the issue of derelict buildings on New Providence – including the Stokes Cabana property.

Residents in the community have continually agitated for the removal of the structure, calling for it to be torn down due to safety concerns.

Some have said they often see people having sex on the property or hear screams and gunshots ring out during the night.

In November, 17-year-old Kenricka Martin was found dead – partially nude, and submerged in the water on the beach behind the well-known property. At the time, police said she appeared to have been sexually assaulted.

Other concerns include reports of people getting robbed while parked there in their vehicles during the night.

Johnson told Eyewitness News yesterday that the community was also trying to reach out to the landowner to see how best to address the issue, in an amicable way.

Always a headline ahead, around the world, Bahamas, ewnews, ewnews.com, Eyewitness News