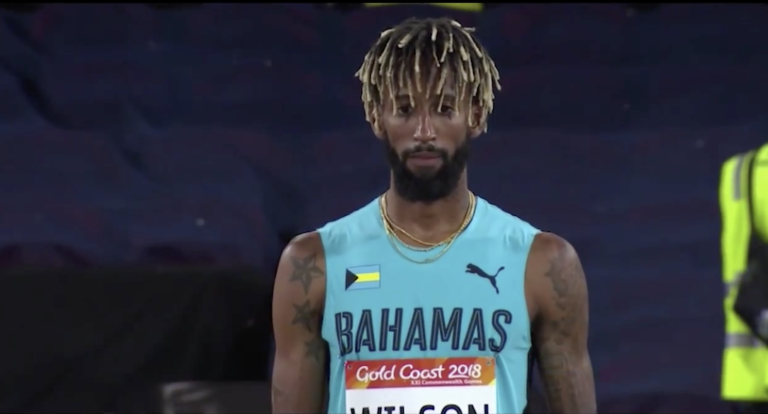 Fresh off a win in the men’s high jump at the Jamaica Invitational, Jamal Wilson said he is already planning his next move.

Wilson, 29, won the event this past weekend in Kingston with a leap of 2.28-metres (m), edging fellow Bahamians Trevor Barry and Donald Thomas, who finished second and third respectively, with 2.25m. Wilson went over the bar on his second attempt at 2.28m, to match a meet record from 2005.

“Jamaica was a really good experience for me,” Wilson said. “I was able to win and also make some good attempts at 2.32, which is something I’m really searching for over my next few meets.”

The 2016 Commonwealth Games silver medalist said his next competition will either be the annual Prefontaine Classic this weekend in the United States (US), or the JN-Racers Grand Prix in Jamaica next month.

“Right now, I think the next move is the Prefontaine Classic, which is a International Association of Athletics Federation (IAAF) Diamond League Event in Eugene, Oregon,” he said.

“Although it is not confirmed just yet, they contacted me, so it’s a good chance I’ll compete in that. And I know for sure I’ll be back in Jamaica for another meet on June 9. After that, I might do a few meets in Europe. Things have been a bit hectic lately. I’ve also canceled a few meets, trying to find the right fit and the right timing necessary to perform at a high level.”

Wilson said he currently splits his training between home and Los Angeles, California. Since moving to L.A., Wilson said he’s had the time to really analyze and develop all aspects his strategy.

“Honestly, as a jumper, you want seclusion, so that when you return, you’ve improved since your last showing. And a lot of time, you need solitude to do that,” he said.

“Things aren’t always perfect, but you try to remain as consistent as possible. Consistency is key in regards to track and field. Balancing the travel schedule, training and everything else that comes with it, is just a part of the job.”