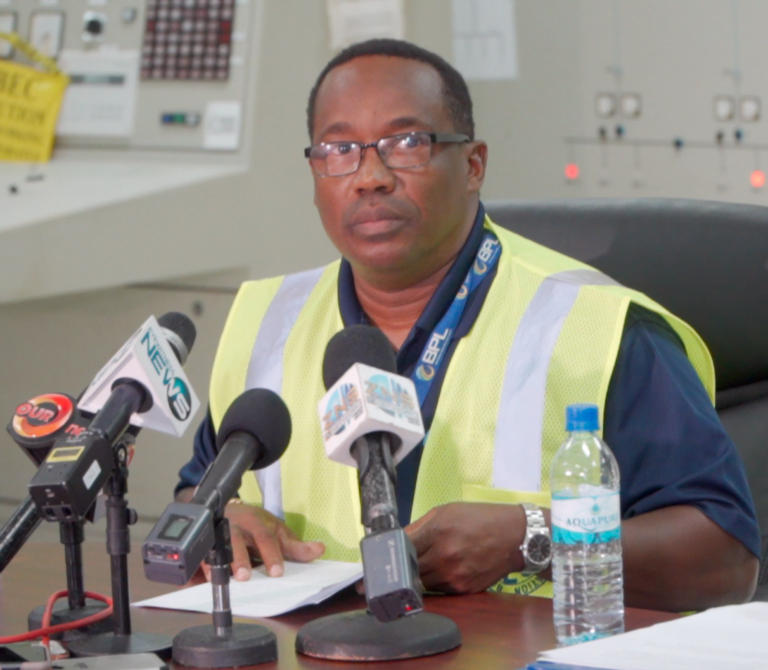 NASSAU, BAHAMAS — Bahamas Power and Light (BPL) executives yesterday urged their employees to be “reasonable” in their compensation demands as the company seeks to be more fiscally responsible and turn a profit.

Company executives, during a press conference yesterday afternoon, sought to state their case publicly and clear up what they called “misinformation” regarding negotiations with the Bahamas Electrical Workers Union (BEWU), which represents line staff.

Executives revealed that the company has an unfunded pension liability exceeding $120 million.

BPL Chairman Dr Donovan Moxey noted that negotiations have been ongoing with the union for several weeks and while the company’s practice has been to not make negotiations public, after the union decided to make public the details of its formal offer and other actions over the past 24 hours, the company decided to state its case publicly.

“We value each and every one of our employees at BPL. With respect to compensation, we believe that we offer extremely competitive compensation at BPL,” said Moxey.

He noted that the company honored the industrial agreement that expired in 2018, pointing out that in 2019 the company paid out $810,000 in additional incentives and bonuses and $796,000 in 2020 as part of that expired agreement.

According to Moxey, the union is seeking up to $3 million beyond what the company has already paid.

“We are looking to right the ship at BPL. Given salary and benefits we have paid over the last 15 years, we have yet to turn a profit,” said Moxey.

He noted that the company is seeking to get its fiscal house in order a key component of that turn around starts with the rate reduction bond.

Moxey emphasized that the company is not asking employees to take a pay cut but to give the company some time to get on a better financial footing.

Last month, BPL employees demonstrated on New Providence over a number of outstanding issues and accused management of violating their industrial agreement.

Scores of the employees called in sick yesterday following mounting tensions between the union and the company.

Randy Dorsett, a shop steward in the BEWU agreement, told Eyewitness News that workers’ frustration with executive management has left roughly 60 percent of staff feeling unwell and unable to carry out their duties.

“There is no telling when they will be back to work,” he said.

BPL CEO Whitney Heastie, speaking on the sickout, declined to specify how many employees participated but said it was far fewer than 300 and that only employees on New Providence participated.

“What is important is service. Our service hasn’t been interrupted. We see that going on for as long as it take. We see no challenges in meeting the demands of what is required of us,” said Heastie.

He noted that the company has contingencies in place if the sickout is prolonged.

“We don’t want this to go on and on. We hope for this to come to a speedy resolution,” he said.