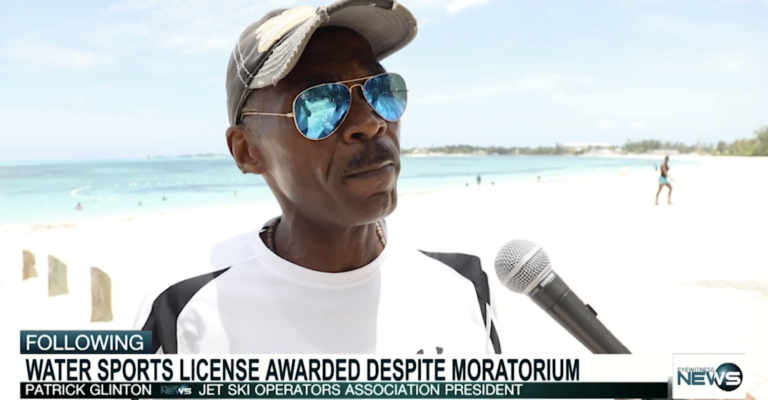 NASSAU, BAHAMAS – The government and Opposition were at odds in the House of Assembly yesterday, as it relates to the operations of a water sports company that allegedly operates at the Baha Mar Resort.

Minister of Transport and Aviation, Renward Wells, confirmed that the embargo on new jet-ski licenses is still in effect.  He maintained, however, that the new machinery allegedly being used at Baha Mar are not jet-skis.

“At the end of the day, Mr. Speaker, the member [Davis] can argue that it is [a jet ski] and it operates as such, but at the end of the day, the moratorium is not lifted and the equipment that was licensed is in line with the company that this Bahamas group is a part of,” Wells said.

The transport minister said the government cannot interfere with Baha Mar’s decision to allow persons to operate on their property.

“If a Bahamian chooses to try and go into Baha Mar and rent space in Baha Mar or conduct their business with Baha Mar, The Bahamas government can’t get in between that,” Wells said.

Hanna-Martin said government’s regulators should be involved to ensure that there is an even playing field and transparency when granting licenses to water sports operators. She said when this isn’t done, questions are raised about ‘special relationships’.

Jet-ski operators on Goodman’s Bay are up in arms about the water sports operators allegedly stationed at Baha Mar, stating that they are afforded the opportunity to operate in close proximity to the tourist hub while Goodman’s Bay operators cannot do the same.

President of the Jet-Ski Operators Association, Patrick Glinton,yesterday maintained that the “jet-boats” that are allegedly being used on the beach at Baha Mar are similar to jet-skis.

He therefore stated that the Goodman’s Bay operators who were forced to relocate should be able to return to the area.

“And so what do you want us to do,” Glinton asked on behalf of other operators at Goodman’s Bay.

“You don’t want us to go to the people soliciting.

“We sitting down in our designated spot and still, directly from the hotel, y’all putting together all-inclusive packages for the tourists. So, the people are not going to come to us,” Glinton lamented.