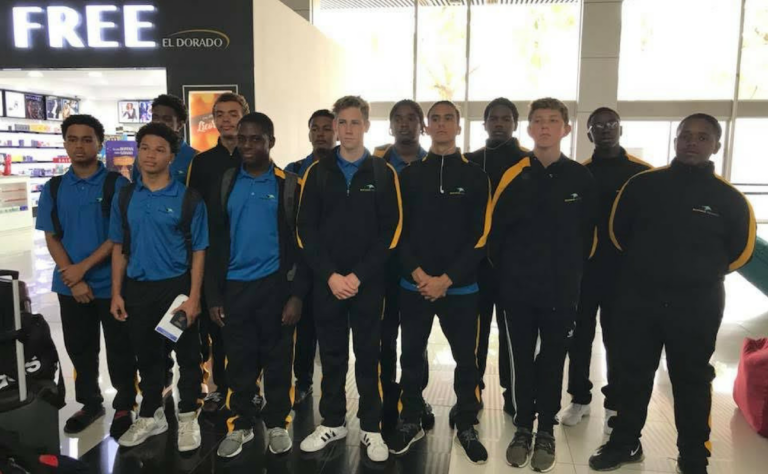 The Bahamas under-16 water polo team.

The Bahamas under-16 water polo team traveled to El Salvador Wednesday to participate in a Central American and Caribbean (CCCAN) qualifying tournament.

The CCCAN tournament will be held in Aruba in July.
The Bahamas plays its first game of the qualifier against Costa Rica early today, then takes on Puerto Rico later this evening. On Friday, the team will play host country El Salvador and plays it’s final scheduled game against Trinidad and Tobago later in the day.
The results of the four scheduled games will determine whether The Bahamas plays in the semifinal round.
In preparation for CCCAN, team Bahamas last week competed in the Sunshine State Games in Coral Springs, Florida, and finished 1-2 overall at the event. It’s only win came in a 13-7 rout of SCOTS in the final game of the competition.
In the region, The Bahamas has climbed to the top of the water polo ranks over the last two years. In March, the country swept the CARIFTA Water Polo Championships that were held in Kingston, Jamaica. The year prior it finished second overall at CARIFTA.