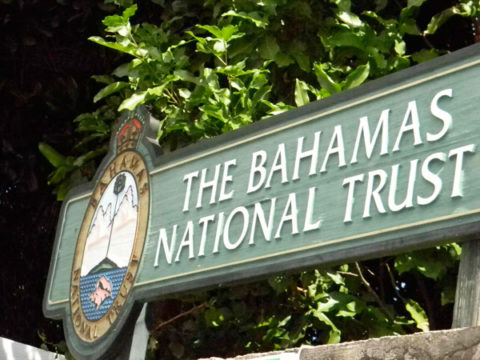 Five hundred hours of community service was the only consequence ordered by the court for the couple charged with the slaying of a Loggerhead sea turtle – an endangered species.

The sentence is one that the Bahamas National Trust (BNT) is condemning and has deemed the sentence “too lenient”.

“In sentencing, the magistrate missed an opportunity to send a clear message that this is a serious offense. Many citizens felt that was too lenient. Fisheries regulations allow for a much stronger penalty to have been issued,” BNT officials said in a statement.

“Offenders could have received a fine of $3,000, one-year imprisonment or both. Perhaps, at the very least, the perpetrators of this egregious act should have been made to spend the time in service to the environment.”

A video of the violent act recently went viral on social media showing a man allegedly bashing a large sea turtle to its death.

Agriculture and Marine Resources officials along with police later arrested a man and woman “attached to a restaurant” believed to be involved and 11 bags of turtle meat, along with a turtle shell, was later found in their possession.

While the BNT said it respects the discretion of the magistrate in deciding penalties, it was “disappointed” with the decision. Officials added that it is clear that more public education on sea turtles is needed.

Sea turtles are highly migratory and are threatened globally. Those found in The Bahamas spend only a portion of their lives here. They travel across oceans, spending different parts of their lives in the territorial waters of different nations.

The ban therefore, not only protects sea turtles in The Bahamas, but also around the globe including the Caribbean, United States and Bermuda.

In those countries, they are also protected and are an important contributor to local economies by providing eco-tourism opportunities.