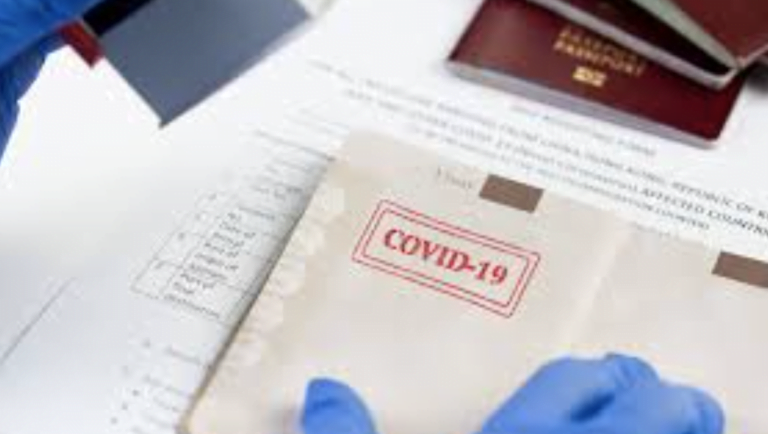 NASSAU, BAHAMAS — Several visitors entering The Bahamas and traveling to Grand Bahama have forged documents, including their COVID-19 tests to gain entry, according to Dr Merceline Dahl-Regis, health consult in the Office of the Prime Minister.

“Government officials are on high alert for cases of suspected forgery, tampering or altering of required documents, and are prepared to take action if necessary,” said Dahl-Regis.

When asked if travelers had entered the country since the July 1 reopening with forged documents, including fraudulent COVID-19 tests, Dahl-Regis said there had been instances but she could not provide specifics.

She said: “I don’t have the numbers, but we have had reports from Grand Bahama as well.”

When contacted, Dr Frank Bartlett, head of the COVID-19 Task Force in Grand Bahama, said health officials were very concerned, but the health visa system was being improved and made more secure.

“It is not only a question of an issue with the lab, but then you want to be looking at and take measures to prevent from you having fraudulent cases, so it just goes beyond the lab testing. So, as far as saying is there a concern; the answer is there is a concern. Is it being addressed? We are looking at mechanisms to prevent that or minimize that from occurring. The answer is yes on that.”

Bartlett was asked how travelers were forging COVID-19 tests, given the requirements for the test to obtained from an accredited health facility in the host country and for the test to be submitted prior to travel, and on arrival.

He said: “Whenever you have rules in place, you are always going to find parties trying to circumvent it…”

Bahamians and residents have been allowed to travel to another country and return without testing once the travel timeframe was less than 72 hours.

However, with concerns over imported cases of the virus Dahl-Regis advised this will be amended and all residents, irrespective of their travel timeframe, will be required to obtain a PCR COVID-19 test.

In instances where a test cannot be obtained, the individuals will be required to quarantine for 14 days upon their return.

In the last week, there have been 10 new infections in Grand Bahama and two in New Providence.

One patient in Grand Bahama has been hospitalized.

Health officials also revealed yesterday that while repatriating Bahamians and residents presented negative COVID-19 tests to return to the country, some of these tests had expired within the required testing window.

Dahl-Regis urged potential travelers to consider the risk of exposure.

As of yesterday, there were 116 confirmed COVID-19 cases in The Bahamas, up from the 104 cases that was observed for more than three weeks.

There have been 84 cases in New Providence, 18 in Grand Bahama, 13 in Bimini and one in Cat Cay.

According to Dahl-Regis, while the data on new infections in New Providence was insufficient to suggest a new outbreak is occurring on the island, the data for Grand Bahama, which had no new cases since May 4, represents a “relatively large increase”.

Meanwhile, Bimini, which has not had a new infection in 59 days, received the all clear yesterday.

The island underwent a two-week lockdown after cases of the virus surged in mid-May.

Over 203 people remain in quarantine in Grand Bahama.

Twenty-three of them were being monitored by Hubbcat, a company the government entered into an agreement with in May.

A total of 243 tests have been performed in Grand Bahama as health officials continue contact tracing.

In total, 2,545 tests have been performed nationwide.

A nightly curfew remains in effect between 10pm and 5am, though Dahl-Regis said she expects Prime Minister Dr Hubert Minnis to make an announcement on the curfew before the weekend.

Always a headline ahead, around the world, Bahamas, ewnews, ewnews.com