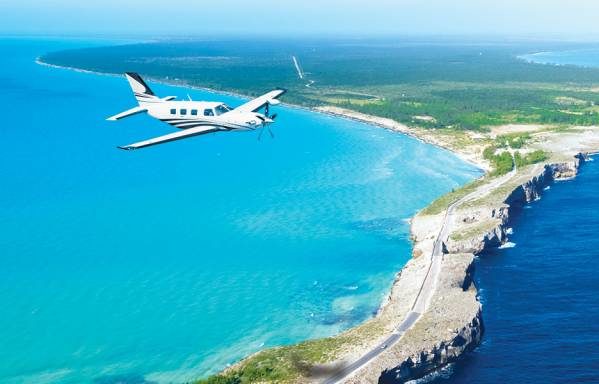 A plane soars over the Glass Window Bridge on Eleuthera (PHOTO: BAHAMAS.COM)

“The world is rediscovering Eleuthera”

NASSAU, BAHAMAS — A leading realtor says he has seen “double” the number of inquiries about Eleuthera in the past year, with the island emerging as the Family Island real estate story of the year.

“Judging by the number of inquiries in our office about Eleuthera, Spanish Wells and Russell Island, and seeing how fast the prices are trending upward, the world is rediscovering Eleuthera.

“In our office alone, we have had double the number of inquiries about Eleuthera in the last year.”

Carey added: “During COVID, people began looking seriously at safe havens and where they could live with certain conveniences but without the hassle or the density of a highly populated urban area. Eleuthera had it all — especially the key factors of accessibility, affordability and availability.

“It’s also a beautiful place with great beaches, and the fact that it now has good, reliable healthcare with several private clinics and an urgent care facility in Palmetto Point in Central Eleuthera makes a difference because people feel a level of comfort that they may not feel on a more remote island where if there is a serious incident like a heart attack it can’t be managed unless you are flown to Nassau or the states.

“So, everything is pointing in Eleuthera’s favor, including the airlift from Florida and the ferry service from Nassau.”

Carey, who has handled some $3 billion in sales in a career spanning 40 years, also said “there is a Nassau-to-Eleuthera movement afoot” among Bahamians.

“What is especially interesting about this resurgence in mainland Eleuthera and Spanish Wells, which is already becoming too expensive for many, is how many Bahamians are buying or searching for property so they can build a retirement cottage or a primary home.”

According to one of Carey’s partners, Tim Smith, who has the 80-acre Gun Point estate listed at the northern tip of Eleuthera, climate change has contributed to the increased interest in Eleuthera.

“As buyers search for properties with elevation, Eleuthera hits that target,” he said.

“There are singular high spots in The Bahamas, like Mount Alvernia in Cat Island, but there is nowhere else that has the rolling hills and general high elevation yet stunning beaches like Eleuthera.

“Prices are going up even as we speak but fortunately bank rates are favorable so I think we are going to continue to see an increase in interest and activity.”

I own a property on Cat Island in an area that that was never developed. I’m interested in selling it.