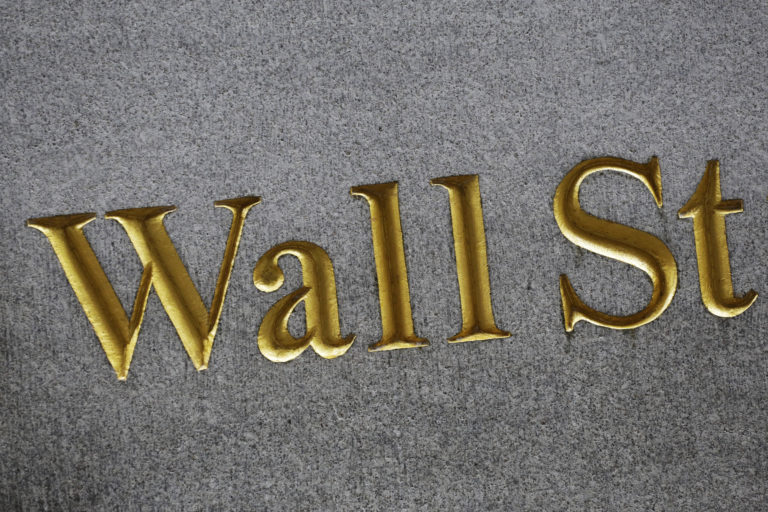 NEW YORK (AP) — Investors saw some new hints that inflation is increasing on Wednesday, but they still sent banks, technology firms, and consumer-focused companies climbing. That was a big change after the market’s inflation-inspired plunge earlier this month.

After a shaky start, stocks rose for the fourth straight day, and banks made some of the largest gains as bond yields reached new four-year highs. The move in yields came after the government said consumer prices climbed in January a slightly faster pace than economists had expected. A different government report showed retail sales were unchanged in December and slipped last month.

“I think the fears of the economy overheating have been a little bit balanced out with the combination of these two numbers,” said Katie Nixon, chief investment officer for Northern Trust Wealth Management. “The bond market is not suggesting that runaway inflation is a deep concern.”

Stocks began plunging Feb. 1 after the Labor Department said wages grew at a rapid clip in January. Investors worried that that meant inflation was rising and that it would push the Federal Reserve to start raising interest rates more quickly, making it more expensive for people and businesses to borrow money. That would slow down economic growth as well growth in as corporate profits. Nixon said that Wednesday’s reports show inflation probably isn’t rising that fast.

The Labor Department said prices paid by consumers rose 0.3 percent in January, excluding volatile items like food and energy. That’s the most in a year, and it sent bond yields and gold prices higher.

The yield on the 10-year Treasury note rose to 2.91 percent, its highest mark in four years, from 2.84 percent a day earlier. That helped banks, as the higher interest rates make lending more profitable. But it hurt high-dividend companies like utility and phone companies. Those stocks are often compared to bonds because of their big dividend payments and relatively steady prices, but investors find them less appealing when bond yields are rising.

Americans cut back on purchases of cars, furniture and a variety of other products in January. The Commerce Department also lowered its estimate for spending in December. That came after a three-month stretch that included the strongest holiday sales in a decade.

Nixon, of Northern Trust, said she doesn’t expect inflation to increase very much, but it can be unpredictable from month to month. She noted that it could go higher as people who received tax cuts or bonuses spend their extra pay.

Netflix climbed after the streaming video company said it signed another big-name TV writer and producer to a production deal. According to reports, “Glee” and “American Horror Story” producer Ryan Murphy received a $300 million deal that will span five years. In August Netflix announced a deal with “Scandal” and “Gray’s Anatomy” creator and producer Shonda Rhimes.
Netflix climbed $7.73, or 3 percent, to $266.

Chipotle has been hit hard by food safety scares over the last few years and has had trouble winning back customers. Niccol launched breakfast at Taco Bell and also introduced mobile ordering from its restaurants, and investors felt he might improve the company’s fortunes. Founder Steve Ells resigned as CEO in November.