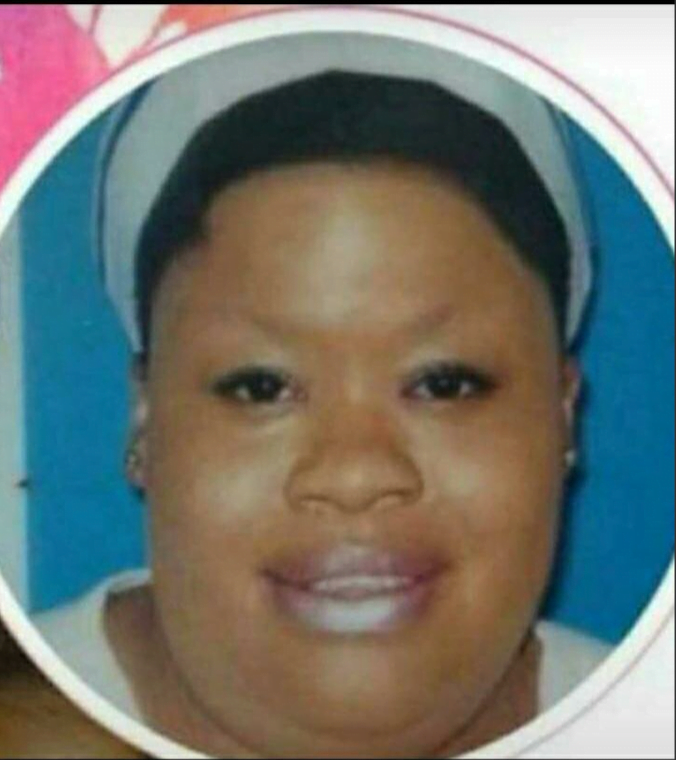 NASSAU, BAHAMAS — The night before she died, Nurse Bernadette Rolle chronicled her horrific COVID-19 experience in a series of voice notes to her colleagues, describing the battle as painful and scary.

In an audio obtained by Eyewitness News, Rolle, a mother-of-two known affectionately as “Bernie”, could be heard struggling to breathe as she spoke through sharp gasps and short breaths.

“It ain’t easy,” she said, “[There’s] days I think I could make it through and then some days just rough.

“It is be rough. It’s like a roller coaster…So I just is be praying, trying to make it through.  I really would prefer to be home with my kids. I know we separated but I prefer to be there.”

Rolle recalled a recent conversation with her two kids, something she said was very hard to do.

She said she had been feeling so sick and was vomiting so much that her son asked her if she was going to die.

But her daughter chimed in and said, “No mommy will live. She shall live and not die.”

She said she agreed with the girl, declaring “I [will] live and not die”.

Her voice cracked and the tears broke through as she ended the audio asking, “Please pray my strength. That’s all I could do. Pray my strength so I make it through.”

Rolle was a staff nurse on the Male Ward of the Sandilands Rehabilitation Centre.

She was being treated at the South Beach COVID-19 Centre at the time of her death, according to the Public Hospitals Authority.

In the voice note, she talked about being admitted to the clinic on Tuesday after experiencing pain in her stomach and dehydration.

“They told me that I didn’t have an option this time, that he had to admit me cause I was hyperventilating, I was delusional and just out of it.”

At the time of the voice note, she said she was “not doing well” and was on oxygen.

In another audio obtained by Eyewitness News, Rolle could be heard crying and taking quick short breaths.

Rolle talked about how her attending nurse kept praying with her and telling her to stay strong.

“She say you have two small children you have to fight and I know that,” Rolle said.

“I know that. It’s just like a rollercoaster, one minute everything is just normal and then the next minute it’s just, oh my God.”

The first positive COVID-19 case was reported at SRC on July 25. Health officials reported 23 patients at the SRC had tested positive for the virus earlier this month.

The patients were on the Male Ward and were tested after a staff member who worked across three wards at the institution tested positive for the virus, officials said.

The PHA confirmed Rolle’s death today, describing the loss as a blow to the Sandilands family.

She was with the PHA for more than 14 years.

SRC Hospital Administrator Mary Lightbourne-Walker convened an emergency meeting this morning to advise staff at SRC of Nurse Rolle’s passing and to address any concerns.

Lightbourne-Walker noted that the sacrifices being made by our frontline workers to provide care cannot be overstated.

“It is my hope that more and more members of the public will see the need for the public to partner with those of us in healthcare to reduce the spread of COVID- 19,” she added.

She claimed Rolle visited the Princess Margaret Hospital (PMH) twice for care but was turned away because there were no available beds.

Williams further suggested widespread protest from nurses if their concerns over adequate testing, protective gear and compensation are not addressed.

Yesterday, Minister of Health Renward Wells acknowledged the loss of a “brave warrior”.

“I am very sad to confirm the death of Ms. Bernadette Rolle, Registered Nurse, who was an employee of the Sandilands Rehabilitation Centre (SRC),” he said.

“As we mourn the loss of a brave warrior from the frontline in our fight against the pandemic COVID-19, the nation is grateful for her service.”

Wells said: “Nurse Rolle was dedicated to her family, to her patients, and to the institutions of nursing and SRC. I, therefore, on behalf of the Government of The Bahamas and my Ministry, and on my own behalf, extend sincere condolences particularly to her two children, her patients that she dearly loved, and to her nursing colleagues at SRC who are her extended family.”

Thank you ?? for your service. RIP.
My Sincere Condolences to her Family.

Deepest sympathy to her entire family. My prayers are for them in particular her two kids.

A beautiful and dedicated coworker and friend. She is sorely missed already. RIP Bernie!

A beautiful and dedicated coworker and friend. She is sorely missed already. RIP Bernie!

I don’t know her but just reading her story helps me to understand what one has to possibly go through as a result of the COVID Virus so, for this, I am grateful and will send up a prayer for her 2 kids that God would always be there for them. RIP Bernie!

Heartfelt condolences to the family. 2 Corinthians 1:3,4 refers to the true God, Jehovah, as “the God of all comfort”. Please take comfort in the hope of seeing and being with your loved one again, based on God’s sure and comforting promise at Acts 24:15 – “And I have hope toward God, which hope these men also look forward to, that there is going to be a resurrection of both the righteous and the unrighteous.”

May her children be raised right and may they be guided in love.
This lady was big. Something Bahamian women love to be. Breathing would have been at a low because of her weight. Who knows what other hidden problems lie within her.
Mucous in the lungs. It’s harder for a big person to breathe. Even two steps is too much.
I know trust me!
This is why Dr.Sebi and Dr. Frank Plummer were killed before this began.