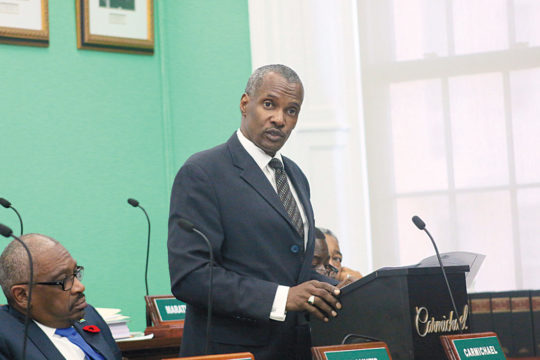 Politicians will no longer receive the “royal treatment” by Bahamas Power and Light (BPL) as the company has officially put an end to its “special list”, according to Minister of Works Desmond Bannister who has responsibility of BPL.

Bannister told parliamentarians Monday that that this practice has been done away with and all consumers will be treated the same.

His comments come after it was revealed that a number of politicians last year evaded bill payments under the former administration.

However, Opposition Leader Phillip Davis – who was minister responsible at that time – reported that he had no knowledge of a special list.

Meanwhile Bannister told the House of Assembly (HOA) that BPL is also implementing several measures including a pay-as-you-go system, to avoid large bills by consumers.

“No longer will BPL have to chase after consumers who have these big long bills that they cannot pay,” said Bannister.

Further, the minister said, if payment has not been received within 45 days for a bill under the new system, disconnections will follow.

The same rule, he said, will also apply for hotel operators, noting that the Baha Mar resort has paid on its $34 million bill and is currently in good standing with BPL with a balance of $1.5 million.