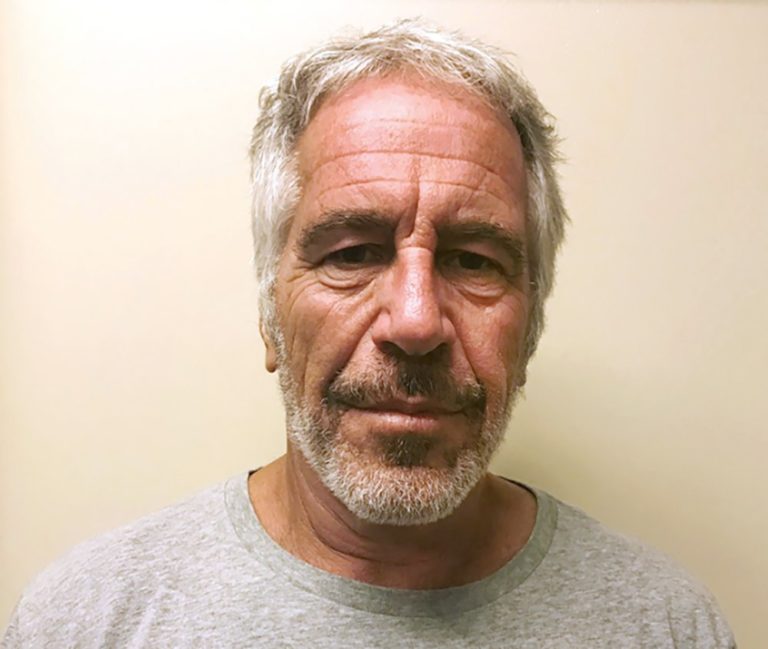 He was found in his cell at the Manhattan Correctional Center Saturday morning, according to the officials, who was briefed on the matter but spoke on condition of anonymity because he wasn’t authorized to discuss it publicly. The medical examiner’s office in Manhattan confirmed Epstein’s death.

Epstein’s arrest last month launched separate investigations into how authorities handled his case initially when similar charges were first brought against him in Florida more than a decade ago. U.S. Labor Secretary Alexander Acosta resigned last month after coming under fire for overseeing that deal when he was U.S. attorney in Miami.

The 66-year-old had pleaded not guilty and was facing up to 45 years in prison if convicted.

A little over two weeks, Epstein was found on the floor of his jail cell with bruises on his neck early, according to a person familiar with the matter who spoke on condition of anonymity. At the time, it was not clear whether the injuries were self-inflicted or from an assault.

Epstein’s arrest drew national attention, particularly focusing on a deal that allowed Epstein to plead guilty in 2008 to soliciting a minor for prostitution in Florida and avoid more serious federal charges.

Federal prosecutors in New York reopened the probe after investigative reporting by The Miami Herald stirred outrage over that plea bargain.

But his lawyers maintained that the new charges brought by federal prosecutors in New York were covered by the deal and were improper.

They said he hasn’t had any illicit contact with underage girls since serving his 13-month sentence in Florida.

Before his legal troubles, Epstein led a life of extraordinary luxury that drew powerful people into his orbit.

He socialized with princes and presidents and lived on a 100-acre private island in the Caribbean and one of the biggest mansions in New York. A college dropout, he became a sought-after benefactor of professors and scientists, donating millions of dollars in donations to Harvard University and other causes.

Still, it was never entirely clear how the middle-class Brooklyn math whiz became a Wall Street master of high finance.