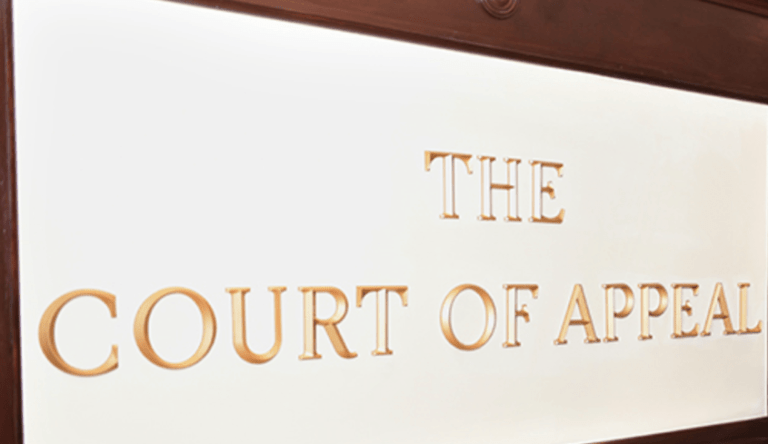 NASSAU, BAHAMAS — The Court of Appeal has denied Canadian fashion mogul Peter Nygard’s application for conditional leave to appeal to the Privy Council its decision to dismiss an appeal that sought to quash a judge’s contempt of court order.

On February 4 of this year, the applicant filed a notice of motion for conditional leave to appeal to the Privy Council against the February 1, 2021, appellate court judgment dismissing his appeal seeking to quash the November 2019 decision of Supreme Court Justice Bowe-Darville.

The judge had found Nygard to be in contempt of the court and ordered him to be committed for 90 days and a fine of $150,000 was imposed. Nygard had been fined for breaching an injunction order granted by Justice Keith Thompson. The fine was to be paid within seven days of the ruling. Failing to turn himself over to police or failure to pay the fine would have resulted in an additional 30 days in prison and a $5,000 fine for each day the fine was unpaid.

Bowe-Darville had imposed the sentence in the fashion mogul’s absence as he had failed to appear for the hearing. Nygard had been found in contempt for breaching an injunction that prevented him from publishing emails that were allegedly stolen from environmental group Save The Bays. The Court of Appeal subsequently refused leave to appeal out of time and dismissed Nygard’s contempt order appeal. The appellate court affirmed the conviction and sentence with costs to the respondents — Fred Smith, QC; the Coalition to Protect Clifton Bay; and the Callenders & Co law firm.

“It cannot realistically be suggested that a party who has submitted to the court in a substantive matter and against whom an order was made in that action could breach that order with impunity and the court has no jurisdiction to punish sanction him for breach of its order simply on the basis that he is not in The Bahamas.

“Whether the committal order should have been made or whether the order was too harsh in its terms, having regard to the breach, is a matter of discretion and does not involve a point of law of public importance.”

He concluded: “In the circumstances, as the proposed appeal does not raise any point of law of general or public importance, we refuse the application for conditional leave.

“Of course, Nygard may apply directly to the Privy Council for leave to appeal the judgment of the Court of Appeal.”

Nygard was arrested in Winnipeg, Canada, back in December after federal prosecutors accused him of a more than two-decades-long string of criminal conduct involving racketeering, sex trafficking and other crimes against women and minors.

Nygard has been charged with using fraud, force and coercion to cause “at least dozens” of adult and minor-aged girls to engage in commercial sex acts for his gratification, and on occasion those of his personal friends and business associates.