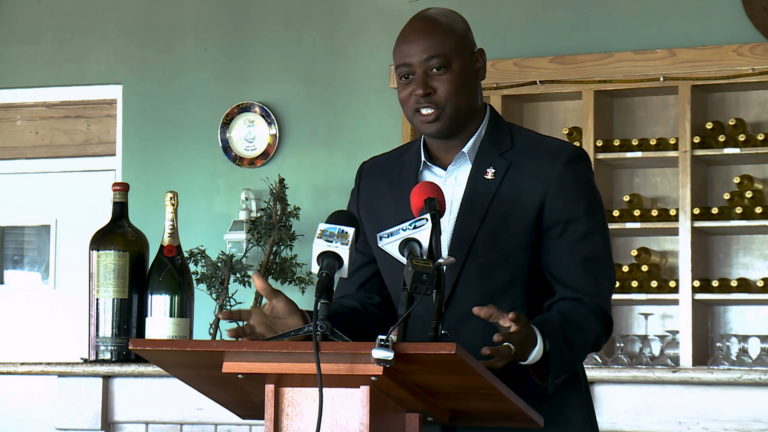 President of the Bahamas Contractors Association (BCA) Leonard Sands said there was never an application process for work on The Pointe, despite the labour departments claim of  a deficit of specialized Bahamians to fill posts on the multi-million dollar project.

The Pointe Heads of Agreement (HOA) calls for the majority of work on the project to be done by Bahamians in a 70/30 per cent negotiated labour force ratio.

“We got very defensive when he said ‘we don’t have the skill sets’, when you didn’t ask which skill sets we needed,” said Sands in an interview with Eyewitness News.

“Nobody’s ever said what they needed,” he said.

Earlier this week, Minister of Labour Dion Foulkes defended the lack of local workers on the project to reporters and resigned that there are not enough skilled Bahamian workers to complete the construction of the resort.

Sands said the minister’s explanation was “probably” out of “embarrassment”.

“I think he was doing his best to not show up the hard-working men and women in his ministry,” he said.

“What he should’ve done was asked his director and team, (if) we ever ask persons to fill out an application to work at The Pointe.

“If his answer is no, then he can’t say we never had the skill set.

“When did they come and say we want to build this project and I need 50 framing carpenters, because that’s all they’re using. If they came to us and say can you supply me with 50 framing carpenters, we would send out one email to all our contractors and ask them if they know anyone who is unemployed and fit these criteria. I guarantee you we would have 500 people call in one day.”

In a brief phone call, a Department of Labour employee told Eyewitness News, they were not heavily involved in hiring workers, and that they could not give the specialized skill sets the minister spoke of.

However, Sands explained that the skill set required for construction at The Pointe, from his knowledge in the field, is simple.

“You need framing carpenters (and) iron workers – not just the welding of iron (or) just tying steel which is the basic level of iron working. You need one or two general superintendents,” he said.

Sands went on to say the Department of Labour doesn’t work properly.

Further, he said, “Let’s stop lying and cheating and kidding ourselves. If the labour department is serious about supplying the market with Bahamians to any project, they have to first advise the labor market that the opportunities are there. And secondly, get out of the way and let them come in.”

Sands said he is expected to have a meeting with minister Foulkes at some point this week.