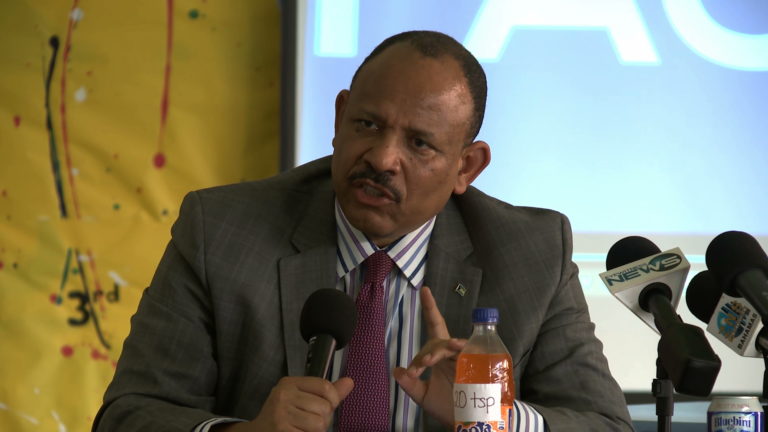 As Bahamians continue to “eat themselves to death,” according to Health Minister Dr. Duane Sands, a number of initiatives will be launched to tackle the explosive problem of ill health in the country.

Dr. Sands discussed a number of the programs at a recent town meeting to revamp the national breadbasket list to include heathy items and remove food high in sugar, oils and salt.

Recognizing that eating habits begin from the home and from a young age, Dr. Sands said, the food vendor system will be reviewed and foods sold in schools will be regulated.

“There is an initiative to eliminate sugar sweetened beverages from school all together,” Dr. Sands said.

He said there is also a plan under way to modify the school lunch program, as the government is responsible for providing thousands of lunches for children on a daily basis.

“Vendors that provide lunch throughout the country do so under rigid guidelines, in conjunction with the Ministry of Health and Education,” he explained.

“This also ties in with Bahamas Agriculture and Marine Science Institute’s (BAMSI) goal to realize food security for The Bahamas. There will be a compendium of initiatives to get our country in good health.”

The health minister, who is also a cardio-thoracic surgeon said, the plan will also include programs to promote exercise, especially among our youth.

He also highlighted the economic implications of an unhealthy nation noting, that in 2007, a Caribbean Community (CARCOM) study suggested that Caribbean countries would be destroyed due to chronic non-communicable diseases.

“They predicted that we would see a 300 per cent increase in deaths and that it would destroy the economy from disease meaning, more open-heart surgery, more dialysis and more medication to prevent amputation,” Dr. Sands said.

The proposed programs, Sands said, will be launched in phases after the new fiscal budget.

He noted that the initiatives are timely but cannot take place without broad consultation.

The Ministry of Health will be leading other town meetings to get feedback from the public as well as inform residents as to the suggested changes being made to the national breadbasket list.