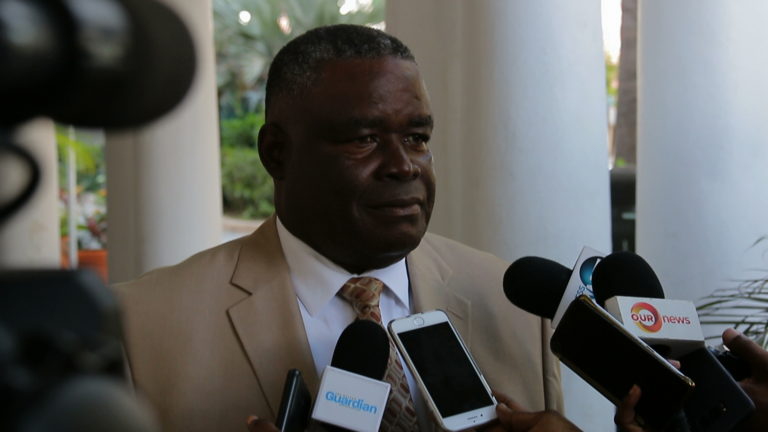 Public Service Minister Brensil Rolle, who also has responsibility for the National Insurance Board (NIB), refuted claims Thursday that some 2,500 individuals were disengaged or fired from the public service.

The latest figures released from the Department of Statistics in January however, indicated that the country’s unemployment number slightly increased from 9.9 per cent to 10.1 per cent. This included the government sector, which decreased by 2,555 people from 40,990 to 38,435, or by some 6.3 per cent.

In an interview with Eyewitness News yesterday, Rolle said that less than 500 persons were separated from the public service.

“The public service has not separated 500 persons. Their figure is less … The majority of those were persons who were in top executives offices who were getting a salary and pension,” Rolle said.

“What I can tell you is there were about 128 persons involved in that figure who were mostly making an average salary of $50,000.”

He added that many of the contract workers hired under the former administration were retained.

“Individuals were given contracts, some expired in three months, others were given six months, which expired last November. We kept a significant number of those persons and we did not engage in any mass firing,” he explained.

Rolle disclosed that provisions are being made in the upcoming budget to the tune of $8 million to identify and hire Bahamians with college degrees to fill leadership roles in the public service. He noted that there remains a need, especially in the Ministry of Finance for skilled workers.

“We are making an assessment of our needs, to right-size and fill voids where needed,” he said.