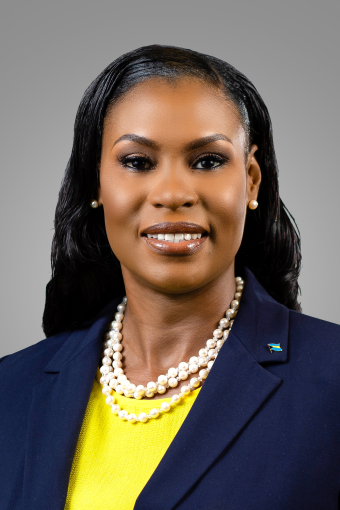 NASSAU, BAHAMAS — The government is moving forward with the introduction of a contributory pension plan for new hires in the public service, according to Minister of State for the Public Service Pia Glover-Rolle.

Rolle, during a weekly press briefing at the Office of the Prime Minister yesterday noted that an analysis has been ongoing, dating back some four to five years on ways to make the public service pension system more sustainable.

“Any new hires going forward when we do commence our hiring process will be considered for a contributory pension because the sustainability of the pension plan in its current form cannot take on the burden of new pensioners. An analysis has been going on for a while now even dating back four or five years, that we need to find a better way to sustain our pension plan with new hires coming on board. So far the analysis has been very promising. Persons understand that for the sustainability of the plan there will have to be contributions,” said Glover-Rolle.

The Minnis administration had foreshadowed the introduction of a contributory pension plan back in 2018. The government’s unfunded public sector pension liabilities have been projected to hit $3.7 billion by 2030 unless corrective action is taken to protect Bahamian taxpayers from the unsustainable fiscal burden.

Glover-Rolle also noted that there is an exercise being undertaken to make persons permanent and pensionable across the country.

“We realize that with the amount of persons that will have to be captured in that exercise that we will have to have a blanket exercise for that. We are considering moving from 2016 backwards to capture those persons in the service that need to be permanent and pensionable. Of course for those that have adverse reports we will have a performance analysis to make sure we are progressing the best and the brightest.”