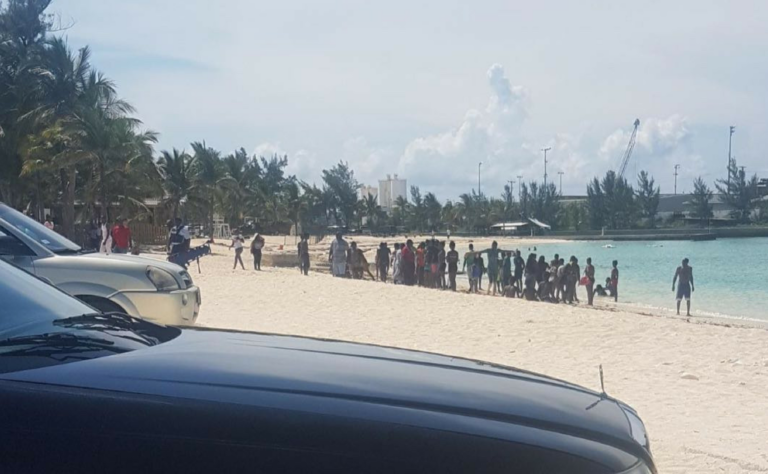 The scene at Arawak Cay this afternoon after the young boy's body was found.

A child is dead this evening after he was found unresponsive near the water’s edge at Arawak Cay.

According to intelligence, a male child was at the beach along with a family member and other children. As the family was about to leave, they discovered the child missing. A search of the beach was made and the child was discovered lying face down at the water’s edge.

Paramedics responded to the scene and transported the child to the hospital in critical condition.

The child, however, was pronounced dead a short time later.

How is it that no one gets charged for vehicular manslaughter or negligence in drowning in the Bahamas.