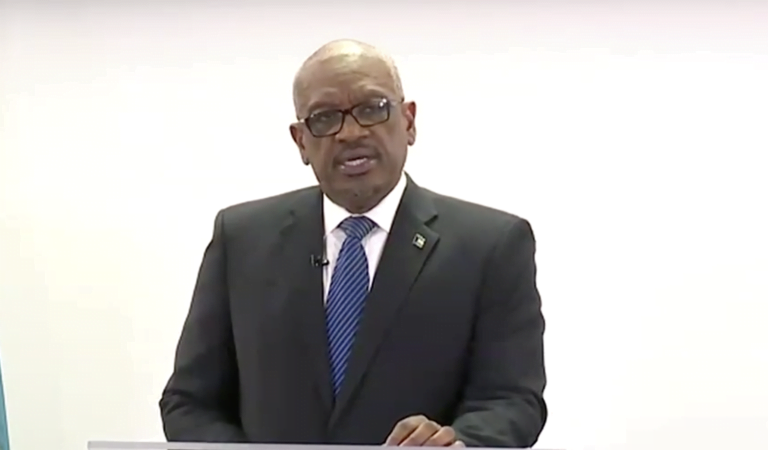 WHO calls for debt relief from World Bank and IMF

NASSAU, BAHAMAS – Prime Minister Dr Hubert Minnis yesterday signaled a shift in the country’s reliance on tourism, insisting that worldwide border closures has forced The Bahamas to change how it operates.

During a press briefing, the prime minister announced six new confirmed cases of COVID-19 in the country, taking the total number to 21.

Of that number 16 cases were confirmed in New Providence, four on Grand Bahama, and one in Bimini – which has been confirmed the first death in the country from the virus.

Minnis maintained the country is facing two crises amidst the global pandemic – one being the threat to human life and the other is the economic impact.

“Joblessness is on the rise across the globe and here at home,” he said.

“The economic crisis is severe for The Bahamas. Our economy is based on tourism.

“…With no tourists coming to our shores now and into the foreseeable future, tough times are here and ahead of us.

“This is one of the greatest challenges to the world economy in most of our lifetimes.

“We do not know how long this will last.”

According to the Business Insider, more than a third of the planet’s population is under some form of restriction and are being urged to stay home to mitigate the spread of the virus.

Both the United States and Canada have implemented strict social distancing protocols and have urged citizens to avoid non-essential travel.

World Health Organization Director-General Dr Tedros Adhanom Ghebreyesus said during a briefing yesterday that as country’s implement shutdowns, WHO has called on governments to put in place social welfare measures to ensure vulnerable people have food and other life essentials during this crisis.

Ghebreyesus further called on the World Bank and the International Monetary Fund to implement debt relief for developing coutries.

“Many developing countries will struggle to implement social welfare programs of this nature,” he said.

“For those countries, debt relief is essential to enable them to take care of their people and avoid economic collapse.”

The prime minister said as the tourism industry remains in a state of suspension, “as a people we have to be ready to shift how we operate.

“We have to be ready for generational changes to the economic structure of our commonwealth.”

Minnis announced that in order to find ways to stimulate the economy and promote social development, he will convene a high- level group of economic and other experts to provide concrete ideas and plans to the government.

“This group will help us to help chart the way forward for our national, economic and social recovery,” the prime minister said.

“I will make a further announcement on this in due course.

“Even as we fight this health battle, we must be prepared for the economic battle ahead.”