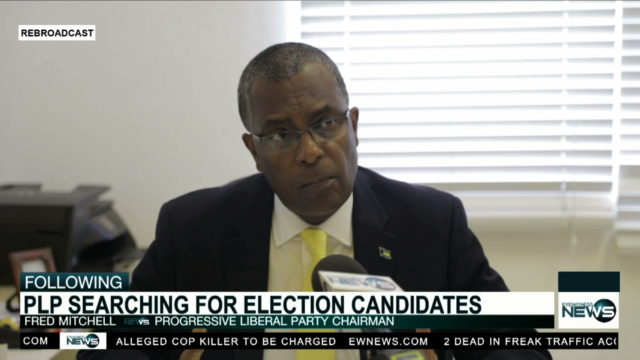 More than 90 persons have applied to be run on the Progressive Liberal Party’s (PLP) tickets for the next general election, according to party chairman Fred Mitchell.

Mitchell told Eyewitness News this morning that despite the drop in support for the PLP during the last general election, because of the underperformance of the Free National Movement (FNM), the opposition has regained most of their supporters.

“People who want to serve are coming to the PLP to serve and at this point what is happening is with the disgruntlement of the FNM people are coming forth even more.”

A special module will be held in Grand Bahama on September 28, for candidates wanting to run for those five seats according to Mitchell who said the party made the module mandatory to weed out those who are serious about running from those who just want to use the PLP.

“It’s a direct response because party members were very concerned about Andre Rollins and Greg Moss and Renward Wells who seemed to use the PLP to get into public office and then turn around and attack the very party that gave them life. Luckily, two of them are out of public life, we have one more to get rid of and so we have to find a good candidate to run in Bamboo Town,” he explained.

The module for Grand Bahama will be held September 20-28 at PLP headquarters in Freeport. Anyone wishing to run in the general election must attend the module.