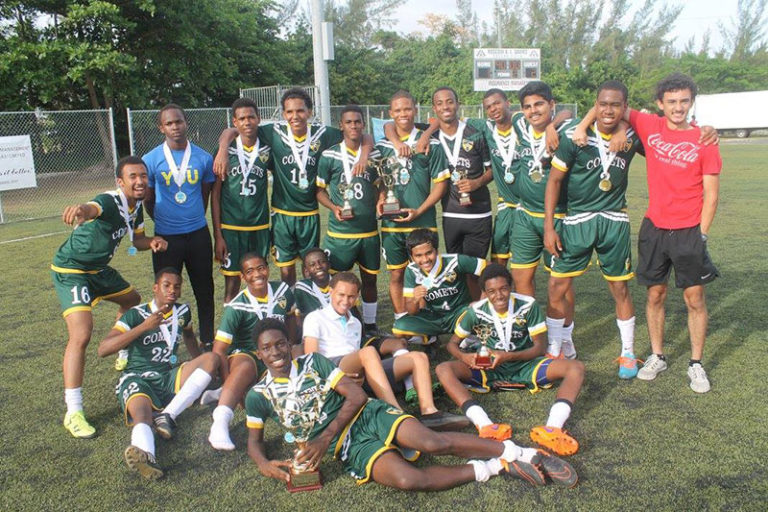 Even though the National High School Basketball Championships is currently being staged in Grand Bahama, Ministry of Education, Science and Technology officials said this weekend that they are already shifting their focus to the upcoming soccer nationals.

The Samuel P. Haven National High School Soccer Championships 2018 will be held from April 17-21 in New Providence. These championships are expected to showcase top teams from various school leagues for the senior boys and girls divisions.

The 2018 championships, named in honor of the late local Bahamian soccer legend, will showcase the top teams from various school leagues for senior boys and senior girls from throughout the country.

The tournament was cancelled last year due to a lack of funding. But according to Senior Education Officer in the Ministry of Education, Science and Technology Evon Wisdom, this year, local sponsors – particularly the IL Cares Foundation, has gone above and beyond to ensure this year’s event takes place.

“We thank the IL Cares for donating a total of $10,000 each to both the basketball and soccer championships,” Wisdom said.

“An event like this was needed in the sport of soccer, particularly at the high school level. For a long period of time, the Bahamas Football Association (BFA) has been blamed for many of the woes that occurred in soccer, but much to their credit as a body, I don’t know if they have had the full participation in regards to all the things that we can do with the school system.”

In the 2016 edition of the tournament, St. Augustine’s College and Queen’s College took the honors for the senior girls and boys respectively.