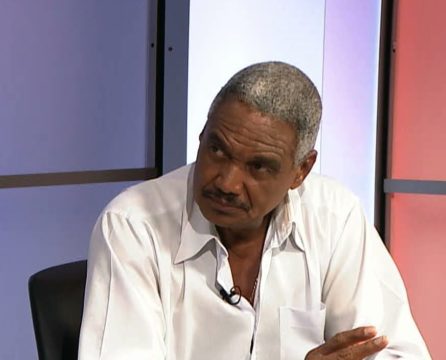 NASSAU, BAHAMAS — Former Tall Pines MP Leslie Miller said yesterday he is not worried about receiving a nomination from the Progressive Liberal Party (PLP) for the seat, insisting he will win with or without the party.

In a post to his social medial page on Friday, Darville boasted about “another successful week” of canvassing the constituency, noting that “Team Darville is on the move and remains focused on the task at hand”.

“I am optimistic, more than ever, about the future of our country,” he said.

“In speaking with the constituents, they’ve reminded me that we are a people who are full of hope, pride, resilience and ingenuity and that we possess the capacity to shape our own destiny. They have renewed my faith in our country’s future, even in the face of so much difficulty. I am strongly encouraged.”

In an interview with Eyewitness News about Darville seeking the nomination for his former constituency, Miller said: “Darville is doing what Darville is supposed to do, I guess.”

He added: “We’ll see what happens…I guess you wouldn’t know until election day. The people decide who’s gonna be their next MP.”

The former MP has previously declared that he will offer himself as a candidate even if he is not ratified by the PLP.

“If we were to run independent, against both parties, the incumbent and the person you are speaking [about], we will come out victorious. I guarantee you that,” Miller said.

“We’re still a long way from election. Only one man knows when the election is and he ain’t saying nothing. Things change quickly in this political theater that we have in this Bahamas.

“I’m just watching to see how things go in every single constituency, and it’s rolling along.”

PLP Chairman Fred Mitchell yesterday said the party has yet to make a choice on who will receive the nomination for Tall Pines.

Mitchell said that Darville has been given “permission to canvas the area” and Miller has the same right.

He said the PLP’s Candidates Committee is still processing the nomination in that area and the party expects to have nominations completed within 10 days or so.

The party has already named 18 candidates vying for office in the upcoming general election.