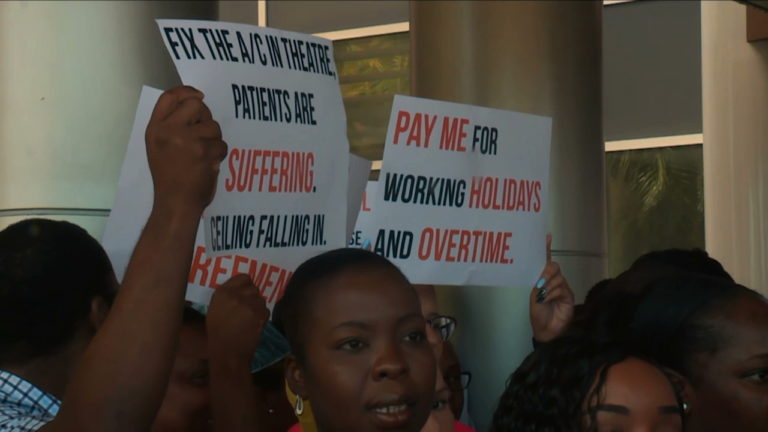 This latest move comes after 96 per cent of doctors who participated in last Friday’s strike poll voted in favour of withdrawing their services.

President of the Consultants Physician Staff Association, Dr. Locksley Munroe, told Eyewitness News over the weekend that he expects to have the strike certificate in hand by today [Tuesday] and following its attainment, anything is possible, he said.

The recent strike vote came after months of protesting and lobbying for better conditions fell on deaf ears.

Trade Union Congress President Obie Ferguson this weekend implored the government to meet him as soon as possible to avoid a disruption in healthcare services.

“Let’s meet immediately and resolve these matters, these are financial matter, these people are in need,” Ferguson pleaded.

“Ten years no increase [in pay], who do you expect to accept that, the professionals?” Ferguson asked.

“The [the doctors] control what is happening, they give instructions on how things are going to go, and what happens when they are not around? Do we need to do this [strike] to treat Bahamians the way they need to be treated? My answer is no and my colleagues say no.”

Nurses Union President Amancha Williams said her members fully support the doctors in their intention to strike. She said she is still waiting on the Department of Labour to issue a strike certificate for her union after the nurses voted overwhelmingly to take industrial action back in June.