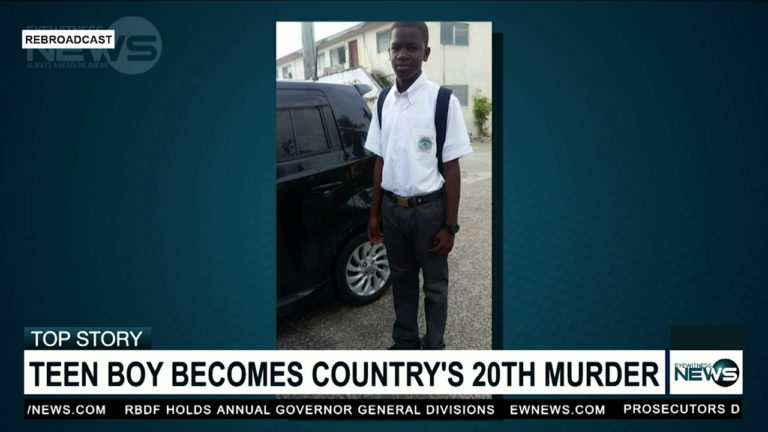 NASSAU, BAHAMAS – Several parliamentarians yesterday condemned the brutal killing of T.A. Thompson Junior High School student Perry Rolle, 15, insisting that such attacks have no place in Bahamian society and require the intervention of all residents in the country to affect change.

Calling the murder a “horrible tragedy”, Englerston MP Glenys Hanna-Martin said she met the teenager by chance three months ago with several other young boys and had “no idea at the time of that conversation, his lifeline had been defined in this way”.

She stressed that the level of violence playing out is “sickening” and said school-based violence requires urgent attention to end the bloodshed, particularly involving young people in The Bahamas.

She also said the issue is not a police issue, but requires “all hands on deck”.

“When you see this happening to children Mr. Speaker, you know that we are experiencing that is a very serious phenomenon,” Hanna-Martin said.

“I trust that coming out of this incident that we’re able to prevent this type of horrible, tragedy.

“We remember the Doris Johnson incident.

“And just before I sit Mr. Speaker, in England they are having a resurgence of knifings and we have to watch this because incidents with children; I think they all are knifing incidents, and there has to be a way for us to find a way to ensure that these children are not coming to school with knives or leaving the school with knives or are in the school zone with knifes.”

Additionally, Hanna-Martin said she did not previously support police officers in the schools.

She suggested yesterday that position has changed.

“I think we have to find a way to ensure that children are safe going to and from school,” she said.

“It is a human right to access education without being killed Mr. Speaker.

“We extend condolences to this mother Mr. Speaker and we pray that no other mother in this country has to face this kind of thing.”

Rolle, a resident of Wilson Track Road, was walking home shortly after being let out from school around 3 p.m. when two students of C.C. Sweeting High School confronted him on Pitt Road.

In a communication to Parliament, Minister of Education Jeffrey Lloyd revealed that one of the C.C. Sweeting handed a knife to his classmate with instructions to stab the teenager.

The teenager complied and stabbed Rolle several times, including in the chest.

Police arrested a 16-year-old and a 15-year-old in connection with the murder.

While the minister said authorities have not determined the motive for stabbing, he was advised that there is an ongoing challenge with gang violence within certain schools — T.G. Glover Primary School, T.A. Thompson and C.C. Sweeting.

According to the minister, authorities have marshalled their resources to address gang feuds, which he called a “most sordid circumstance in which our students find themselves”.

Lloyd and other education officials visited both schools yesterday morning

A somber assembly was held at T.A. Thompson for Rolle, who was remembered as a happy, positive child by relatives.

Lloyd said, “What was particularly grieving and heartbreaking for me Mr. Speaker was I directed and ushered into a room of students, about nine young men and three young women who were all crying uncontrollably and who were all witnesses of this most unfortunate and tragic event; so uncontrollably and inconsolably that they were not able to speak to me or the counsellors who had gathered at that time,”

The minister said the teachers of C.C. Sweeting were also traumatized after learning of the murder, reportedly involving two of their students.

While offering condolences to the family of the victim, Minister of Transport and Local Government Renward Wells said the incident is a “tragedy both for the victim and the perpetrators of the act because hence forth they will be forever branded with such an incident”.

He said, “But Mr. Speaker, I want to say to the family that — and I know it is very difficult to make this statement at this time — earth has no sorrow that heaven cannot cure, but it truly the reality of our human existence and eventually with the passing of time, we come to that realization.”

Minister of National Security Marvin Dames, who expressed sympathies to the parents and staff and students of the school, said he prays that incident serves as a reminder to all that violence affects everyone.

“Any effective remedy requires the input or the contribution of each and every single one of us,” he said.

“May his soul rest in peace.”