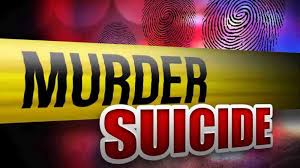 Palm Sunday, which was being celebrated by the Christian Church was marred by a murder/suicide on the weekend that saw the shocking death of a wife and, what was said to be, the more shocking suicide of her husband.

Police said officers were called to a home on West Dennis Court, Yellow Elder Gardens, after it was reported that a male was there armed with a firearm.

As officers approached the home, they said they heard gun shots coming from inside the house.

Officers entered the home and discovered a man and a woman, both with apparent gunshot injuries, in an unresponsive state.

Paramedics were called to the scene, police said, however they were unsuccessful in their attempts to revive the victims.

They were pronounced dead at the scene, police said.

Police said they believe the incident was a result of a domestic dispute.

This is the third domestic dispute, in recent months, which has ended in the loss of life.

Just one week ago, famed Bahamian bodybuilder Paul Melbourne was stabbed to death, at his residence in New Providence, during a domestic dispute with a female.

On March 2, a man on Eleuthera set himself on fire. It is alleged that the man made several attempts to re-enter a relationship with his ex-girlfriend.

After making no positive progress, police said, he set himself ablaze.

Police continue to urge the public to employ better methods of conflict resolution to avoid the unfortunate loss of life.