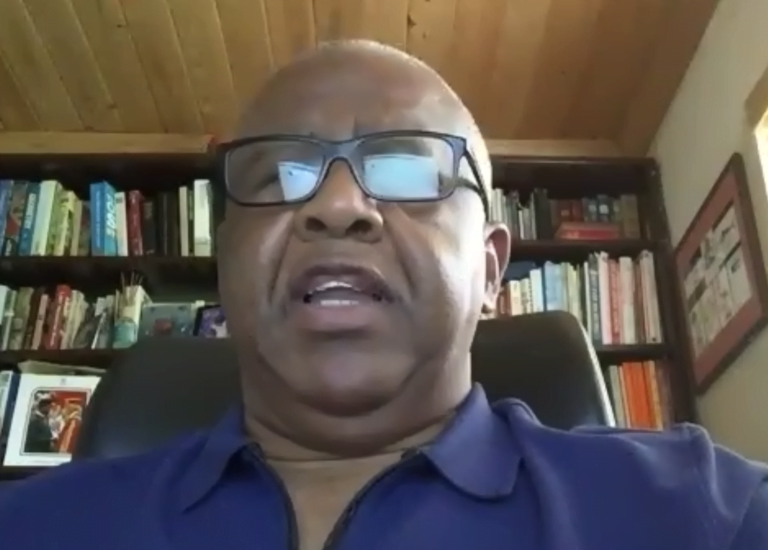 Authority says every effort made to accommodate families, and bury dead in dignified manner

According to DRA Vice Chairman Algernon Cargill, a local mortuary company was paid $46,000 to recover the dead in Abaco.

He indicated another local vendor quoted the authority a minimum of $275,00 for the burial and other grave costs.

However, Cargill said the authority sought to ensure it had a fair and competitive price while making certain the burial was in keeping with a standard befitting the relatives’ preference had they been able to bury their loved ones themselves.

In partnering with the Bahamas Funeral Directors Association, the authority was quoted $247,500 for the burial.

It spent another $65,000 for the concrete graves at Central Pines Public Cemetery.

“While the cost was significant, the cost to the DRA was the least significant of our challenges in that we wanted to ensure that we gave residents of the victims of Hurricane Dorian a proper burial as if they would have done it themselves, had they had the opportunity to organize the burial,” Cargill said.

The remains of the victims were in numbered, sealed ivory coffins with gold trim.

Atop each coffin was a large bouquet of white flowers.

Cargill said notwithstanding the challenges associated with the novel coronavirus pandemic, the service offered a dignified burial to the deceased.

He announced that when the COVID-19 emergency orders are lifted, the authority will “hold a true and proper service for the Dorian victims because we were unable to do so now because of COVID-19.”

Approximately 30 people protested at the service over how the government has handled the process.

Many of them held placards with the names of loves ones.

Attendees were largely kept to a viewing area dozens of feet away from the burial site and coffins.

“The topography of the burial site, together with the impediments of the COVID law did not allow us to invite all of the family members at the top where the burial was happening, but under the guidance or Archdeacon Keith Cartwright we were able to organize a viewing of the whole process by the family members prior to the start of the service,” he said.

“Bear in mind that even if we wanted to include all of the family members in the burials service who were identified — and to this day I can the DRA has only received one contact from a family member through their attorney.

“But even if we wanted to include all of the family members, we are prohibited by COVID-19 regulations for funeral services.”

The record Category 5 storm impacted nearly 30,000 people, displaced thousands and claimed the lives of 76 people — 63 in Abaco and 13 in Grand Bahama.

Up until last Friday, the bodies of the 55 unidentified victims were stored in a refrigerated trailer — a point of contention for scores of residents who have called on the government to do more to bring closure to the

In March, ‘Abaco Will Rise’ held a candlelight vigil in Abaco for the Dorian victims.

Cartwright also said relatives present were allowed to ascend the hill and pass by each of the caskets to say their final farewell.

Cartwright said despite people “intent of protesting”, he spoke with all whom were present to ask them to “put aside their difference and for us pay our final respects to these persons who are going to be laid to rest”.

“By in large I would say about 75 percent of the persons who were present, went up respectfully and paid their final respects, passing each of the gravesites,” he said.

“And so, they were given that opportunity.

“When they returned back to the specified family tent, it was only then that I said a prayer with those persons, and then asked them to follow service.

“Programs were given all those person who were there so they would be able to follow the service.”

He said the service was beautiful and meaningful services, all attempts were made to include every particular denomination.

Footage from the service showed several grave attendants dropping one of the coffins while attempting to lower it into a grave.

Bahamas Funeral Directors Association President Kirsch Ferguson said the men, who were contractors and not funeral workers, lowered one end too soon, causing the casket to fall vertically.

He said because of magnitude of the task and without the aid of mechanical equipment; many of the members were “exhausted form the heat and manual labour”.

Disgraceful, unidentified bodies stored for 9 months cintainets and then for glamor put into pretty white ?ivory colored maybe, cofins with gold trim. The souls of the dead were victimized at the beginning, the service did not make ammends for the disrespectful treatment of the deceased. Sure hope the gov don’t think that $358,000 was a good price.