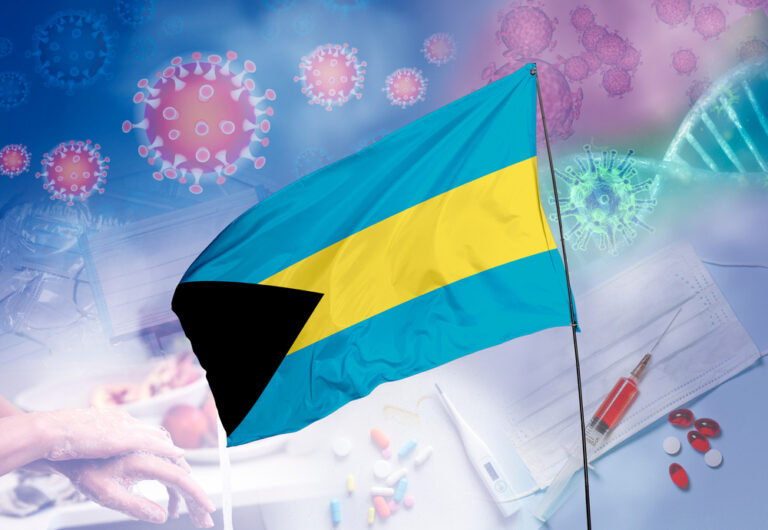 334 cases recorded on the weekend

“More is needed to be done to stop the spread”

NASSAU, BAHAMAS — The Bahamas reached another bleak milestone over the weekend as it surpassed 15,000 confirmed coronavirus cases.

Between Friday and Saturday, the nation recorded 334 cases: 162 on Friday, 81 on Saturday and 91 on Sunday.

Three of the women were from New Providence, and the fourth was from Exuma.

A 52-year-old man of New Providence also died from the virus on July 23.

As of Sunday, total deaths stood at 291, with 29 remaining under investigation.

Of the 162 cases recorded on Friday, there were 136 on New Providence, 10 on Grand Bahama, seven on Eleuthera, six on Abaco, two on the Berry Islands and one on Exuma.

New Providence also surpassed 11,000 cases on Friday — more than the 8,311 cases the entire country recorded in both the first and second waves of the virus.

As it relates to the 81 infections on Saturday, 63 were on New Providence, 11 on Grand Bahama, four on Exuma, two on Eleuthera and one on Abaco.

The breakdown of yesterday’s 91 cases showed 74 on New Providence, eight on Grand Bahama, five on Eleuthera, two on the Berry Islands and two with pending locations.

This represents a recovery rate of 84 percent.

Another 102 cases remained hospitalized, with 14 in intensive care units.

The Bahamas remains in a COVID surge.

Last month, Minister of Health Renward Wells said a rise in infections has been the norm following major holiday celebrations and that the healthcare sector continues to be strained.

As cases continued to climb, Prime Minister Dr Hubert Minnis advised in a national address that the government planned to shore up the healthcare sector with additional hires of nurses and doctors.

He indicated that healthcare professionals were being pushed the limit and urged the public to safeguard Bahamian families and the nation by becoming vaccinated.

When contacted, National HIV/AIDS and Infectious Disease Programme Director Dr Nikkiah Forbes said with the climbing cases and hospitalizations, the surge is “raging out of control”.

Asked if The Bahamas is experiencing a fourth wave, Forbes said the curve of the third wave was never flattened to mark its end.

She said irrespective of what the surge is being referred to as, it is a troubling trend that must be mitigated.

“We really have to mitigate this, following the public health measures, vaccination, robust contact tracing, isolation of cases, quarantine and, you know, this is a very certain trend that we are continuing to surge,” Forbes said.

“It is very, very difficult when the healthcare system is overwhelmed and in the face of something like this, it is challenging.

“More is needed to be done to stop the spread.”

Amid the peak of The Bahamas’ second wave, the nation underwent extensive curfews and lockdowns to mitigate the spread of the virus.

Since then, health officials have confirmed the presence of more contagious COVID variants in-country.

While the prime minister has said restrictions will be tightened and eased as is needed, his national address last week did not include any additional restrictions.

Instead, the prime minister encouraged personal responsibility and for individuals to confine social contacts to those in their households and adhere to all health protocols.

This was a different tone from the prime minister’s budget address in the House of Assembly in June, where he announced that fully vaccinated individuals were free to “party on”.

15,000 cases in 16months from a supposed 400,000 population. There are not 15,000 current cases. Please start publishing headlines that say HIV/AIDS Out of Control in the Bahamas with the total positive since the Aids epidemic began. No one is talking about the ongoing increase in positive HIV tests in our country.

I’m trying to figure out why you are quibbling with the standard practice of reporting cumulative case numbers. I’m also trying to figure out why you think comparing our current situation to a historical epidemic that has been done for at least a decade is relevant.
Try living in the present, uncomfortable though it may be.
I keep thinking how if there were fewer “wise guys” like you and more people who cared about what happens to their fellow Bahamians, we would be a lot closer to a post pandemic world.

Pandemic does not appear to be going anywhere…as both vaccinated and unvaccinated are equally effective at spreading the virus…albeit the former with less burden on our health services (we hope and pray, although data from UK does compromise that optimistic outcome). Unfortunately this does leave the current FNM administration in the uncomfortable predicament of reconciling the promise of the end of pandemic through vaccination with the current science and reality. Wise guys aside…caring or not caring has nought to do with epidemiology.