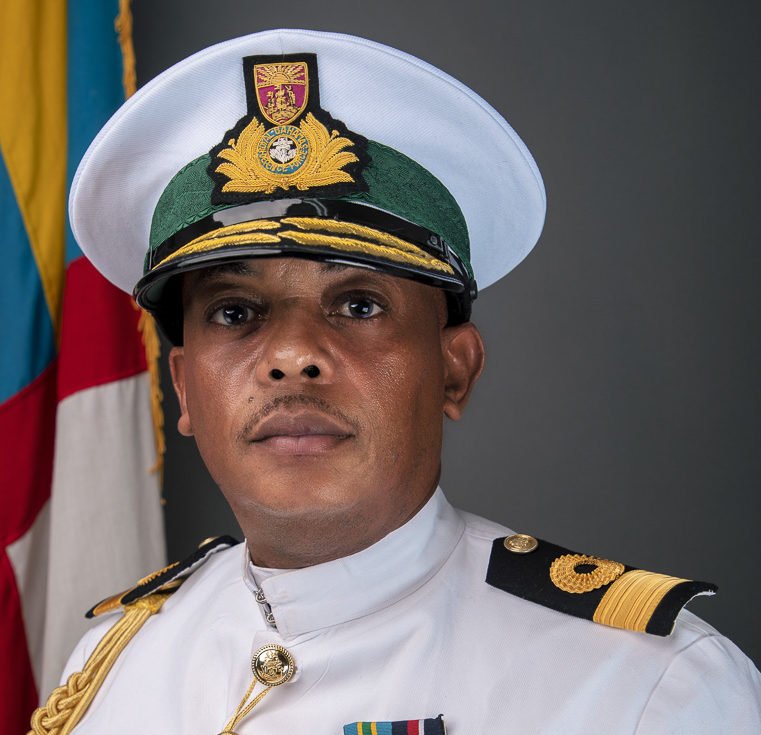 By Leyvon A Miller III, JP

Alas, the ghost of Tellis Bethel continues to haunt the Royal Bahamas Defence Force. It is easy to imagine that any commander defence force former, still firmly in command of his facilities and with access to any of the daily newspapers, must spend his mornings at home with a small smirk on his face completely un-envious of the challenges presently being faced by the country’s sixth Bahamian commodore in an independent Bahamas. Like wonders, the tenure of the present commander seems filled with unceasing misery from brutal power struggles in a command team caused by a decade-long lag in promotions; to inadequate infrastructure and failing equipment directly related to the tremendous amounts of “oopsies” and oversights of the former commodore in the Sandy Bottom project; to increased duties with a force undeniably challenged by the woes of a global pandemic, whose members vehemently detest the taking of a vaccine despite subtle threats; to the recent allegations of rape; and lastly to inheriting a gloomy overcasting cloud of uncertainty and suspicion due to the unsolved murder at Government Hill.

It is easily seated in the public domain that the murder at Government Hill dates back to approximately two years ago, while the appointment of Raymond King dates to just over a year ago. Needless to say, for approximately one year, the new commander, whether deliberately or otherwise, was able to avoid any hard position on the Government House incident as it was an inherited matter that was actively before the courts. Wednesday, the Supreme Court of the Commonwealth of the Bahamas wrote the words “not guilty” on a piece of paper, tucked it neatly in an envelope and gently gave it back to the commander defence force and now, the commander must command; “The king must act.”

For those of us who have followed, it is cringeworthy to see the many missteps taken by trained men in the minutes leading up to the incident at Government House. It is even more saddening to note the incidents that took place in the aftermath of that incident. Whether we would like to admit it or not, the executive command team of the Royal Bahamas Defence Force circa 2019 failed the victim in that incident; every innocent member of that duty watch; and, judging from the not guilty verdict, they failed a young marine who, as best as I am aware, was a marine in good standing and whose integrity was intact, and they made him to live under a cloud of uncertainty covered in the stench of speculation while his image and reputation were molested by accusations. I say again, the executive command team circa 2019 failed and as of June 30, 2021, the ghost of Tellis Bethel continues to haunt the reign of Raymond King, but “the king must act”.

After one year in the chair, by now the commander and his executive team should have had their hands firmly around the details of the incident at Government House; he should also have in hand “the comprehensive report” prepared by senior former law enforcement officials. I trust that he has sanctioned his own security risk and threat assessment analysis of all of his outposts and further to that, five days after the verdict, I trust that he is in the process of negotiations with the accused.

The steps at this point are simple but they must be swift and deliberate if the commander is to send a clear message to the remaining men who serve that this level of slackness is intolerable and certainly not something his command intends to endorse. Otherwise, he runs the risk of chaos and a feeling of unsettledness, and so I say again, “the king must act”.

Commodore King has many maneuvers available to him but I believe the finality of each maneuver must end in the same result; every member of the duty watch associated with the incident at Government Hill must be relieved of their duties as members of the Royal Bahamas Defence Force for the most egregious dereliction of duty in the force’s history, which equates to a sleeping marine with a missing weapon, a dead senior enlisted, an escaped perpetrator, unfired service weapons, a breach of Mount Fitzwilliam, a duty watch prematurely relieved by the senior command at the time (all of whom should have been possible suspects) and a falsely accused man. A soldier under no circumstance should be separated from their weapon; they should be able to fire that weapon and in the instances where firing their weapon is not possible, we should be able to rely on them for an accurate eyewitness account. Failing that, they ought not be soldiers at all.

I wish to advise the commander now that such a decision will possibly make him unpopular with many people, luckily for him, he is the commander defence force and if hugs and kisses are what people want, they should seek out a Care Bear because “the king must act”.

Next on his to do list should be a walkabout of Government House while the renovation is underway with both his engineering and skill at arms team to plot out a place for the guard room on the ground floor at Government House. This will ensure proper response can be given to and from the guard room in the event an emergency of this magnitude occurs again but also to aide in better coverage and surveillance of the property that houses the primary asset of this country, the governor general. This demand by the commander is one I anticipate the government will push back on and suggest there is insufficient fiscal elasticity to add this feature to the already $10 million renovation. To Dr King I say, ask the government what is the price tag for the head of a governor general. We ought never to compromise security for cost.

Lastly, the commander has on his hands a marine who only time and proper rehabilitation can heal. He must seek to make that man whole, but let me be clear, I do not see a way in a force of 1,500 members to reenlist the acquitted marine that allows him to serve out his full, pensionable tenure and so “the king must act”. Although many may have uneasiness about the trial, we believe in the function and competence of our judicial system and as such, this innocent man has a right to a full life with compensation for any damage caused. I estimate, then, that the only suitable action would be for the commodore to petition his minister for an early retirement for the accused, coupled with a monetary payout in the amount equivalent to the remainder of his possible tenure in service with the understanding that after 25 years, the innocent man is to receive his full pension as would be the case in normal course. Anything less would not even be palatable, for a man is to be draped in his innocence until brought to guilt by a court of law and when the prosecution fails in that effort, the Crown ought to pay for the smear of guilt visited upon that man’s natural life.

I knew the senior enlisted man; he did not deserve to die in that way and it is my prayer that those responsible for his death will one day be brought to full justice. I am persuaded by my training, which suggests that crime is like a drug and a criminal is its fiend. Those who offend successfully will attempt to offend again and so “the king must act” by reducing their social status and access to cash flow. He who is criminally minded will reoffend and when he does, this time we will have watchful eyes and fired weapons and I trust Commodore King will ensure it is so.