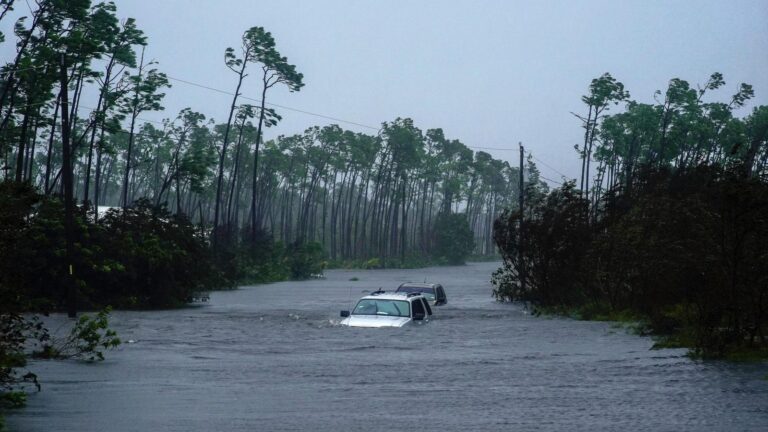 Natural hazards are acts of nature out of our control. So, it is understandable that when disasters occur, citizens look to their public officials and government to take charge. Arguably, disaster management can be seen as a public good because it is in the interest of the country and its citizens, and it would be heavily undersupplied if only provided by individuals, charitable organizations and/or the private sector. As disasters happen in a political space, disaster preparedness, mitigation, response and recovery are political tasks, and require a political commitment.

Our current national budget has addressed the financial strain that the damage of both the COVID-19 pandemic and Hurricane Dorian has put on the country. In 2011, disaster-related losses worldwide were upward of US$400 billion. From our own experience in The Bahamas, Hurricane Matthew and Irma combined cost an estimated $710 million. Hurricane Dorian is projected to have cost at least $3.4 billion in recovery and relief efforts, with more costs in the foreseeable future due to the future influences of climate change.

Throughout the presentation of the 2021/22 annual budget communication we saw the usual battle cries for “resilience”, “recovery” and “restoration”, yet our political leaders have failed to show a strong political will or commitment to allocate or fund disaster mitigation, management and relief processes specifically.

During this election season, as voters, it is important for us to consider how our elected public officials can lead us during a crisis or prepare us for the next one. There is no way to know how a political leader will handle a disaster crisis, but if presented with one, it becomes critical in how we view our leadership. Thus far, we have only seen political commitments that focus on short-term and must-do-now agendas such as creating an entire ministry focusing on disaster preparedness, with no notable changes or budget allocation to back up its monumental inception. Should we even begin to discuss how our Disaster Preparedness and Response Act hasn’t had a makeover since 2008?

It is no longer sustainable to depend on our usual reactive approach to disaster preparedness and management. Once the storm passes, with quick recovery and relief efforts, the political mood and agenda will go back to business as usual. The focus will again — as always — shift to short-term goals in areas like the economy or fulfilling popular promises rather than issues like climate change education and disaster mitigation. For our survival, we need a commitment from our leaders and decision-makers to begin making the legislative and executive changes necessary for a sustainable future. The strong political will we need will present itself in the form of a competent leader who prioritizes areas of public concern such as public health and disaster risk reduction, not just economic development.

Disasters provide a true test of political leadership and competence. But there can be no economic development, or calls for “resilience” and “restoration” if disaster strikes again, leaving behind no country or no people to govern.

Barrise Griffin is the “Master of Disasters”. With a desire to create effective emergency and disaster strategies, she specializes in disaster risk management and development. For disaster tips, check out https://master-of-disasters.com. Griffin can be contacted at masofdisasters@gmail.com.

This information is outdated and incorrect, current standings on terminology accept that there is no such thing as a natural disaster, predominantly due to the increase in climate change which has aggravated disasters. Secondly, there are many things we can and should do but its whether we are willing to undertake the necessary actions to combat them. I also think we need to bet very careful about politics in this space, disasters should not be a political tool that is handballed from politician to politician and where one party vetos changes simply because the other party promotes it. It should not be used to get votes and should not be dependent on parties agenda. What we should be doing is demeaning minimum standards for anyone who practices that aligns education with positions and provides the qualified practitioner with authority and resources to do the job. Currently, there are too many people who who have neither experience nor qualifications and who often believe it is synonymous with emergency services and response when it is in fact neither. We require qualifications for firefighters and paramedics who may save a couple of lives but an emergency manager requires a vast amount of knowledge across a variety of areas and has the potential to save thousands of people. But yes Barrise is correct in that we can not afford to allow our propensity for flashing lights and sirens drive our future. While research has proven the return on investment is better for prevention, mitigation than response and recovery to the odds of $1 versus $7 as disasters grow worse we can expect these figures to grow.