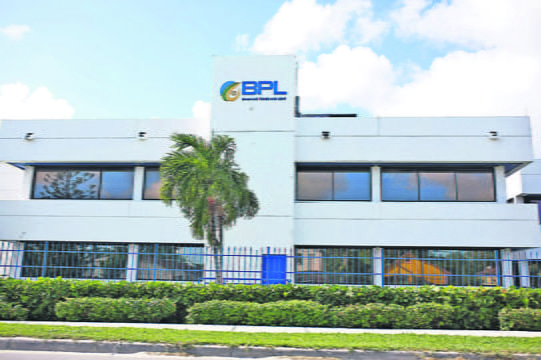 NASSAU, BAHAMAS – An oil spill at Bahamas Power and Light’s (BPL) Blue Hills Power Station on Saturday was the result of a loose connection on a new fuel pipeline, according to the power company, which said yesterday that environmental damage was minimized.

It remains unclear how much oil spilled.

The power company said further remediation of the contaminated property will be carried out within the next few days.

“These actions will restore the area to its original state,” BPL said.

According to the power company, an employee discovered fuel spraying from a pipe flange connection on the newly installed fuel supply line around 2:35 p.m.

“The employee quickly isolated the system and conducted action in line with BPL environmental policies, including notification of the plant manager,” BPL said in response to enquiries from Eyewitness News Online.

“Teams from operations, management, health safety and environment, and the outside contractor, were dispatched to assist, and spill kits and other methods to soak up the oil were deployed.

“The cause of the leak was discovered to be a loose connection.

“This was corrected and the leak was stopped

“The installation of the new fuel pipeline and associated pipe modification were conducted by an outside contractor and under the supervision of a BPL manager.

“Both parties participated in the response.”

BPL added that inspections were performed on all additional pipe flanges to ensure the seals were proper.

When asked how much fuel leaked, BPL Director of Communications Quincy Parker said he was unable to say at this time.

He was also unable to speak to the cost of the remediation works.

There have been sporadic spills at BPL facilities over the years.

The Bahamas Chamber of Commerce has raised concerns about the environmental degradation at the Clifton Pier Power Station due to previous oil spills.

In June, BPL approved a budget for the remediation of oil that has been seeping into waters from the Clifton Pier site for years.

The remediation of the legacy oil spills could cost up to $6 million, according to BPL officials.