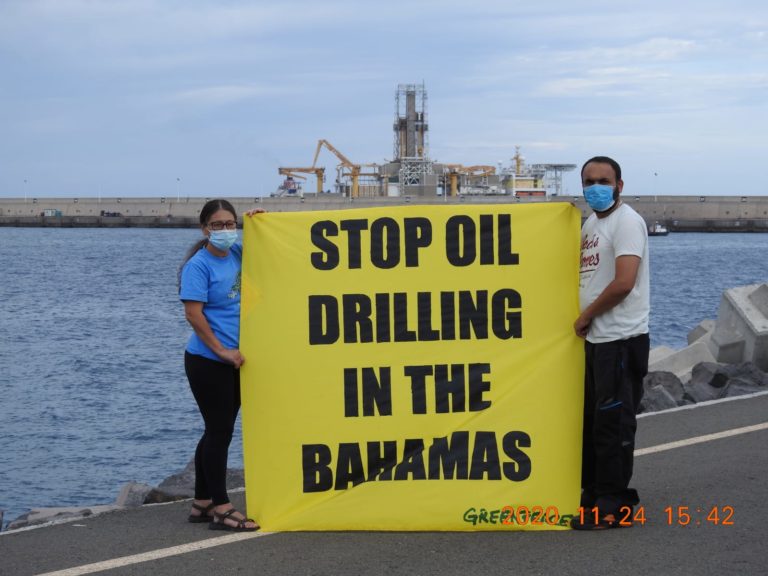 “You are either for or you are not; you can’t have it both ways. You can’t be slightly pregnant here”

NASSAU, BAHAMAS — Environmentalists yesterday urged the Davis administration to definitively “shut the door” on oil drilling in this nation, telling Eyewitness News: “We don’t need to go down that road.”

Sam Duncombe, reEarth’s executive director, told Eyewitness News: “The reality is the prime minister needs to be very clear on what he is saying. Oil exploration is not the way we need to go.

“The prime minister needs to close the door on that once and for all.

“You are either for or you are not; you can’t have it both ways. You can’t be slightly pregnant here. Oil drilling causes a lot of problems to the marine environment and we cannot allow that to happen here.”

Prime Minister Philip Brave Davis, after returning last week from the United Kingdom, where the COP26 summit and other meetings were held, said he is “not minded” to allow oil drilling in The Bahamas, though could not give a definitive position from the government.

Davis noted that the issue regarding the country’s current oil drilling practices was raised in bilateral discussions at the summit.

“For us, we are reviewing the situation and we are moving towards monetizing our carbon credits so at the end of the day, if we need new streams of revenues to provide the services our people need and I could get it from the monetization of my carbon credits, there’s no need to look at drilling,” the prime minister said.

“There is an understanding that the elimination of fossil fuel completely may be a pipe dream and/or nothing that we will see in our lifetime, but it is something we all will be moving towards.”

When asked to state the government’s definitive position on oil drilling in The Bahamas, Davis said: “I am not in any definitive position right now but as I speak, having come from the COP26 conference and having had conversations with world leaders, having had conversations with technical people, I am minded not to allow oil drilling and for certain at this time, I’m not prepared to move to oil exploitation.”

Duncombe said: “We need to hear the government come out and say no to oil drilling in the strongest way possible. We do not need to be looking at oil exploration at all.

“We need to be looking at our Marine Protected Areas, which represent millions in terms of tourism, fisheries and coastal protection.

“We need to protect our coral reefs, our seabeds and mangroves. That is what we should be highlighting for our benefit.”