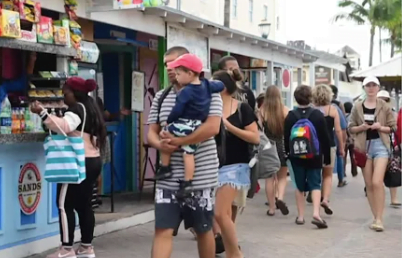 NASSAU, BAHAMAS — Tourism Minister Dionisio D’Aguilar said yesterday that there have been concerns expressed by stakeholders on Exuma over the potential impact of mass cruise tourism on that island’s tourism brand, with a meeting set for today with stakeholders on the issue.

Exumas and Ragged Island MP Chester Cooper noted that while some stakeholders support Crystal Cruises’ recent announcement that its Crystal Serenity ship will include Great Exuma on its itinerary for its Bahamas cruise beginning in July, others have given mixed reviews.

According to Cooper, there are still far too many unknowns.

“Up to this point, [there] has been very little information and very little consultation,” said Cooper.

“Exuma has a very particular clientele, like Harbour Island. We have some joint interests on this issue.”

Harbour Island hoteliers have recently voiced opposition to mass cruise tourism to the destination, which caters to high-end, low-density tourism, in the wake of Crystal Cruises’ announcement.

Cooper continued: “We believe that Exuma has done reasonably well as a high-end destination and our people have thrived and seized some opportunity as a result of this brand we have built.

“We look forward to engaging the owners of Crystal Cruises to get an understanding as to whether there can be harmony with what they are proposing and the brand we have built.”

D’Aguilar noted: “I understand that some of the islands where the cruise company is contemplating [are] having concerns. Harbour Island [and] Exuma are fearful of the impact that cruise ships will have on their brand. They are branded, in many instances, as high-end boutique destinations.”

D’Aguilar noted that Crystal Cruise line passengers are generally between the ages of 55 and 65, with income levels in excess of $100,000.

He further noted that if stakeholders on North Eleuthera and Exuma do not prefer to have the cruise line visit their island, tourism officials will look to other islands.

“They are going to carefully create the itineraries. They don’t want all the people arriving in one spot. They will curate how many people go in one destination,” said D’Aguilar.

“I want to assure some of these destinations that 900 people will not come off the ship and be dumped into the center of your island.”