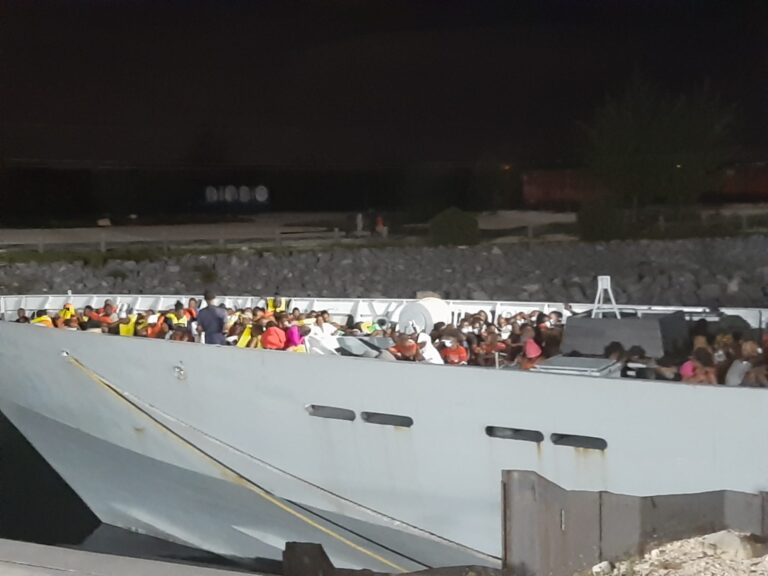 During the weekly press conference at the Office of the Prime Minister, King underscored the need for the force’s decentralization as new trends see their resources being stretched across the country to respond and intercept vessels.

“They are now using American sailing vessels to conceal their movements as opposed to the traditional Haitian sailing sloops,” he said.

“The traditional Haitian sailing vessels are now being equipped without board engines to quicken their transit northbound into The Bahamas. And additionally what we are experiencing now is where multiple vessels are leaving from multiple ports in Haiti with multiple destinations in mind.”

He noted that because of this, the force is now required to prioritize which target of interest it will intercept based on the availability of its assets or whether it will need to leverage the assistance from the US Coastguard and local law enforcement agents.

“They are now targeting not only new Providence, but Abaco, Eleuthera, and Andros,” King revealed.

“And on many occasions, they would move along the old Bahama channel, give the impression that they are heading towards the USA, but once they reach south of Andros they would turn northbound.

“We are being forced to spread our resources from east to west and south in response to new trends.”

King expressed concern in the matter, indicating that while it is the force’s intentions to interdict migrants in the Southern Bahamas, the concealment methods are making it more difficult.

He indicated that there have been three incidents recently, near or around Eleuthera, where an American vessel was being manned by Haitian nationals.

He said the force has had to rely heavily on aerial reconnaissance from OPBAT, the US Coastguard, and the Royal Bahamas Police Force air unit.

The RBDF commander said the force hopes to introduce several initiatives to enhance operations including decentralized operations, the enhancement of maritime interdictions, search and rescue, and disaster response capabilities, and the continued professional development of human capital.

King noted that in the past year migrant apprehensions increased by 456 percent in comparison to the previous year, noting the migrant movement during the month of September would have attributed to much of this increase.

He said there has been a 55 percent decline in poaching due to the strong deterrence effect on poaching vessels by using patrols to target specific areas at certain times of the year with persisting and overlapping patrols.

The commander indicated that the fishing community has said the last two years were the best years with higher yields, little to no sighting of poachers and traps not being weren’t tampered with.

He added that vessel boardings increased by 1,000 percent as officers seek to uncover undeclared and illegal weapons, ammunition, and drugs on board vessels that are being boarded.

Additionally, the RBDF has undertaken an aggressive recruitment exercise to double the force complement from 1,500 to 3,000 during the next five years.

The commander said this could be realized once the agency is fully decentralized and vessels operating from the South can be exempt to undertake repatriation runs with a fleet of vessels still operating to defend the borders.