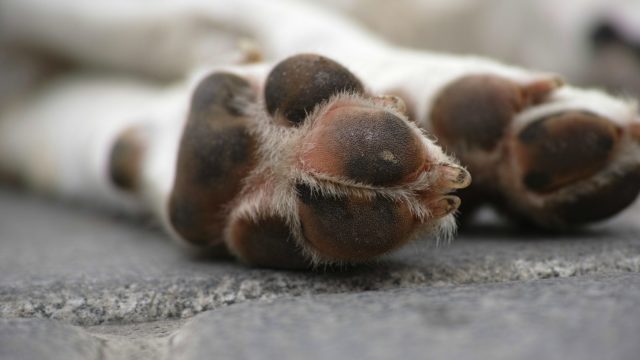 NASSAU, BAHAMAS – Bahamians Against Animal Mistreatment (BAAM) on Wednesday demanded that senior Police and Immigration officials take forceful and immediate action to discipline the officers who shot three dogs without legal cause or provocation, killing one and seriously injuring the other two.

“Eyewitness accounts of the Immigration incident and footage of the Police shooting have revealed that these disgusting acts were cynical, sadistic and carried out in cold blood, seemingly just for the fun of it. Apparently, law enforcement in The Bahamas simply loves to injure and kill innocent, defenceless animals,” outlined a statement issued yesterday from BAAM.

According to BAAM, in the Immigration incident, an officer chasing an individual through someone else’s property decided to discharge his weapon and kill the property owner’s dog.

Firstly, BAAM said it is unclear why Immigration officers are chasing suspected irregular migrants with guns drawn in the first place, or why these officers need to have firearms at all.

“Secondly, the sheer audacity displayed by this officer in thinking that he has the right to kill an animal is shocking, especially when trespassing on someone else’s property. Apparently, Immigration is above the law.

“In the police incident, several officers are seen entering a home and are not bothered or threatened by the two animals near the entrance. A short time later, one of the officers is seen returning and standing over the dogs for a few moments, before heartlessly opening fire into their faces.”

BAAM said these unspeakable acts of aggression cannot be ignored or dismissed, especially when it comes to individuals licensed to carry firearms in public.

The animal rights group said mental health experts agree that cruelty to animals is a strong sign of a capacity to harm other people without cause. Therefore, BAAM said it is also calling for an immediate and full mental evaluation of the officers in question, with a view to determining if they are capable of continuing in their current roles on the front lines of law enforcement.

“We also urge the owners of these dogs to take strong legal action against The Bahamas Department of Immigration and the Royal Bahamas Police Force. The mental and emotional distress to which they have been subjected cannot go unacknowledged or unpunished,” BAAM’s statement concluded.