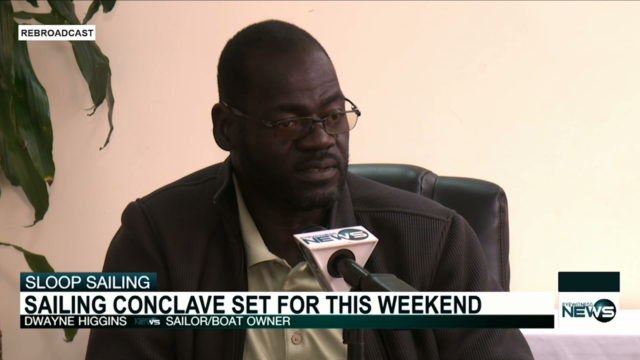 NASSAU, BAHAMAS – Members of the local sailing community are hoping that this weekend’s conclave will bring them closer to forming The Bahamas Sloop Sailing Federation.

The sailing conclave begins today and wraps up tomorrow at the Ministry of Agriculture and Marine Resources. Boat owner and conclave organizer Dwayne Higgins said that bringing everyone together under one umbrella can only advance the sport locally.

“We are looking to formalize the formation of the association and establish national racing rules,” Higgins said. “It’s more of a hassle when we have to decide which rules we are racing under. So, we need to make sure they are accepted by all.

“There are approximately 15 delegates taking place during the business sessions, but we are opening the afternoon sessions to all sailors, boat owners and sailing enthusiasts. We will also look at the way forward for sloop sailing. We need a governing body for sloop sailing and we believe that the federation will provide that kind of guardianship.”

The idea to form a governing body was formally introduced by Higgins two years ago under former Minister of Marine Resources and Agriculture V. Alfred Gray. Higgins said they’ve come a long way since that initial meeting, but still need the compliance of all boat owners and sailors moving forward.

“What’s important for everyone to know is that this initiative was launched by sailors and owners, not the ministry,” Higgins added.

“When you think of other sports, you automatically think of the areas where the events are held. Sloop sailing doesn’t have that. We don’t even have a proper place to store boats and other things of that nature. So, we are looking to start off with small changes and ultimately work to bettering all of the current regattas on the schedule.”

During his interview with Eyewitness Sports, Higgins also offered condolences to the family of the late Eleazor “Barber J” Johnson, one of the pioneers of sloop sailing in the country.