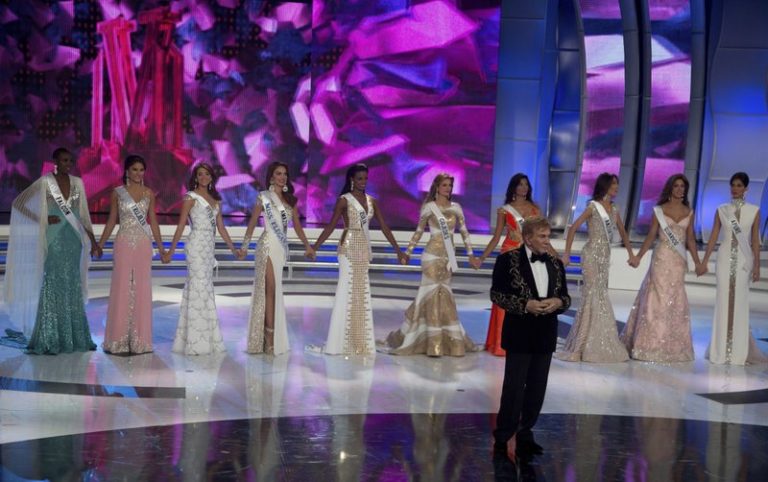 The Miss Venezuela beauty pageant was suspended and an internal investigation launched after its contestants accused each other of receiving money from businessmen and government officials in exchange for sexual favours.

A formal investigation was launched by organisers following a vitriolic social media spat that saw former participants accusing each other of inappropriate behavior.

In a confused flurry of social media posts this month, a group of ex-participants insinuated that other contestants had sought to enrich themselves through romantic relationships with corrupt businessmen and officials.

“Given the events recently described on social media … a decision has been made to begin an internal review to determine if anyone linked (to the pageant), during the course of their involvement, violated the values and ethics of the contest,” the Miss Venezuela Organization said in a statement.

Venezuelans are among the world’s most successful beauty show contestants and have won global pageants including Miss Universe and Miss World more than a dozen times.

The organisers said that it was temporarily closing a Caracas training facility and halting casting for the pageant as well as the lower-profile Mister Venezuela event.

It was not immediately evident how this would affect the Miss Venezuela pageant, which is typically held toward the end of the year.

The rights to Miss Venezuela are owned by Grupo Cisneros, of the wealthy Venezuelan Cisneros family.

Grupo Cisneros referred questions to the Miss Venezuela Organization, which did not respond to a voice mail message seeking further comment.

The allegations drew outrage in Venezuela, where triple-digit inflation and chronic food and medicine shortages have spurred a mass exodus of migrants.

Venezuela has historically had one of the world’s highest rates of breast implants and cosmetic surgery.

At a glance | Territories with most Miss Universe winners