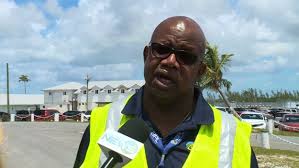 “I have been given assurances that Bahamians will be trained and operating the plant,” Maynard told Eyewitness News Online in a recent interview.

“That is really what is supposed to happen.

“You can’t spend nearly $100 million and the company tell you ‘well, the people have to operate the plant’.

“He pulled me on the side and said he has taken care of that.

“He assured me that Bahamians will be operating the plant.”

Maynard said he spoke to the prime minister during a recent meeting on an unrelated matter.

According to BPL, the installation is foreshowed to be completed by the end of this summer.

During a press conference to announce the award of the contract, BPL CEO Whitney Heastie told the media the power provider planned to ensure “we fully rely on the experts to come in and do what they do best”.

“We do not have anybody inside BPL today that would understand Wartsila four-stroke engines,” he said.

“And so, we are relying on Wartsila to come and do what they do best around the world.”

In response, Maynard said Bahamian engineers could be trained to learn the required skillset to install the engines during the shipping period.

He has expressed grave concerns about non-Bahamians being brought into the country to install the engines.

Maynard previously said there would be “hell to pay” if the government allowed non-Bahamian workers to install the engines while Bahamian engineers and other workers could do the job.

Wartsila Business Development Manager Edmund Phillip, however has stressed that the company would search for the talent to construct the plant locally.

Maynard wrote to the prime minister on the issue last month.

When asked what assurance the union was given about the Bahamian, non-Bahamian workforce ration related to the project, Maynard said he could not speak to those specifics, but the prime minister has given his word on the matter.

“What used to happen in the past when a new company comes here, they have two engineers per shift when it first starts out to make sure they are doing the right thing,” he said.

“…In the Family Islands you would have one engineer per shift there, and in New Providence, because it is larger, two engineers per shift.

“That phases over a six-month period.

“And they also have two engineers with the maintenance crew, but our people have always maintained the plant. We have never — except the rental units, which their own people come and do it — whenever we have bought plants we have always be the ones who run it.

The engines, which were being manufactured in Trieste, Italy, were expected to be shipped in late March.

However, it would take approximately two months to arrive in The Bahamas and another four months potentially to install.